Eliza and Bob shared the news that their little ‘Baby Bear’ is officially on the way.  In an emotionally-breaking photo that Eliza posted on her IG account, the couple wore red plaid slippers with Mama Bear embroidered on Eliza’s, Papa Bear on Bob’s, and finally, a tiny pair of fluffy white slippers with Baby Bear between them.

Yeah, the cuteness level is astronomical.

Bob shared the same photo on his respective account but added his own words in the caption.

Gearing up for the greatest roles ever. Big little shoes to fill and we cannot wait!

Nearly three years ago, the couple suffered a miscarriage and they opened up about the experience at Unity Days 2020.   At the time, the final season of The 100 was in production, and filming wrapped up in March, right before the pandemic began.

In pregnancy, Eliza is radiant and joyous, as becoming a mother and creating a human is one of life’s greatest gifts.  And, to top it off, she has been wearing some adorable clothes to celebrate. 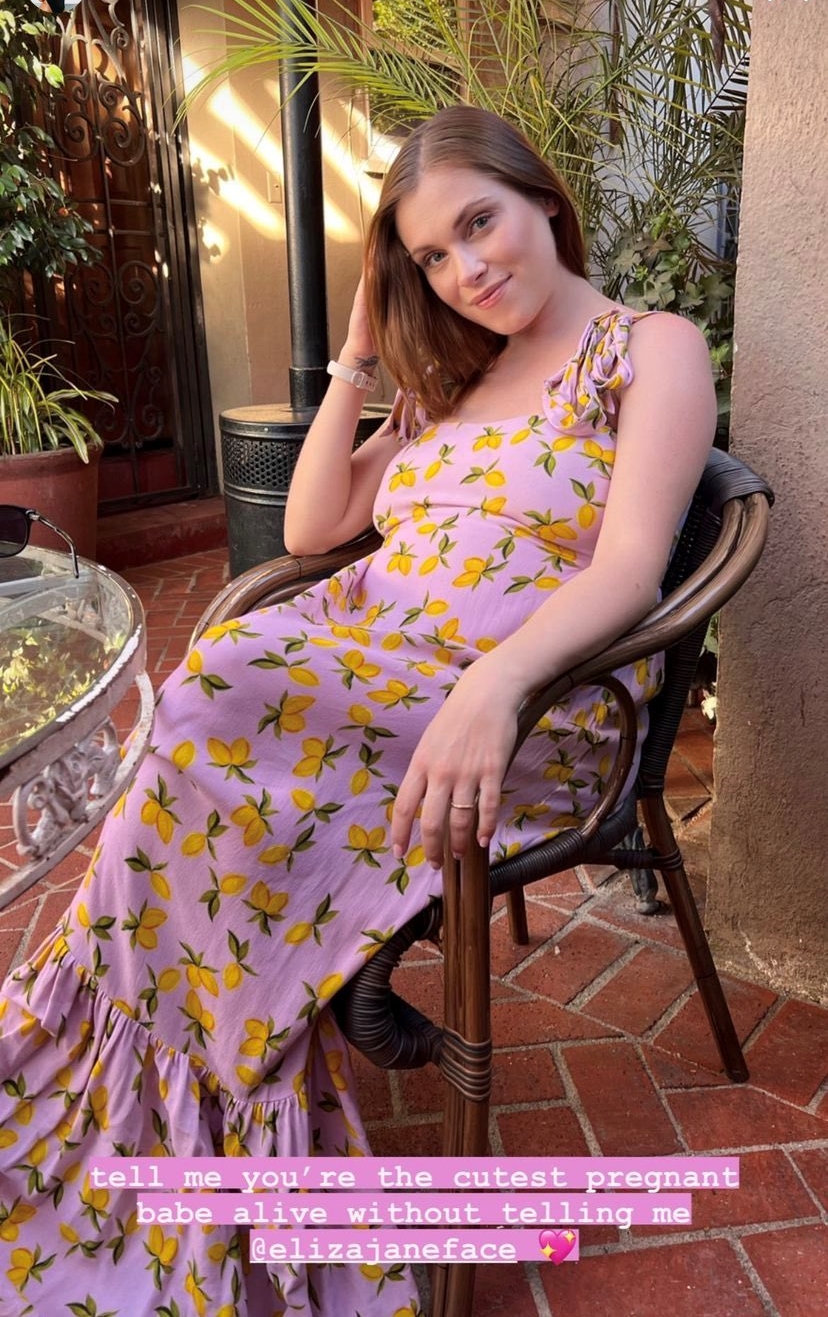 The news came as a huge surprise after the two secretly wed in May 2019; it was Eliza who brought the momentous occasion into focus when she revealed the news on Twitter.

And don’t think that The 100 was the last thing that Eliza and Bob starred together in.  Later this year, their movie, I’ll Be Watching will be released and they’ll be portraying husband and wife.  Its debut will be at the European Film Market this week.  Eliza will serve as the film’s exec producer.

Congratulations Eliza Taylor and Bob Morley on your blessing!