Tensions and betrayals rise in The 100 Sic Semper Tyrannis among everyone.  While things may seem bleak and grim, well, they’re usually are.  It was the pounding installment, our emotions turned over.  Read my *late* recap-review for Sic Semper Tyrannis written by Miranda Kwok.

The 100 Sic Semper Tyrannis was quickly paced, quick on the emotion escalation (and de-escalating), and quick with the quips.  While the episode was action-packed, it did not deter from the story that it elaborated.  Brilliantly written by Miranda Kwok, Sic Semper Tyrannis was a refusal of alligence of both Wonkru and Shallow Valley that delivered some harsh circumstances.

Circumstances that lead to unfathomable consequences that left viewers a little shaken up and a bit anguished.   But The 100 is known for these kinds of settings and takes all the risks to project the goals, even the darkest of goals.  Sic Semper Tyrannis accomplished everything it had its heart set on, plus more.

However, in terms of warzones, betrayals, love, and riots, it was only the tip of the iceberg.

The drama and conflict within the Valley continue to pursue, and Spacekru is getting restless.  Murphy is the main guy who ignites the fire between the two divided factions of Eligius.  His swift, conniving ways, brassy attitude, and persistence created a riot so large and effective that it’s nearly unbelievable that one character could be the entire mastermind.  While Murphy does take most of the credit, he does get help from his fellow family to execute it perfectly. 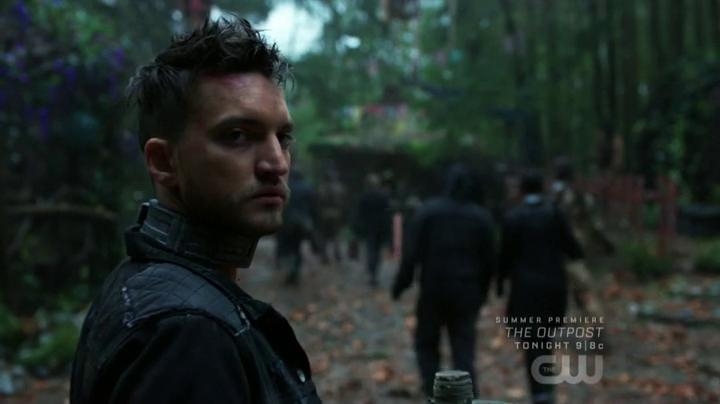 The plan is made within the group to escape and their survival as they no longer want to be under Diyoza’s control.  Much can be vocalized about the other defectors, but thinking that if they stood up to her, then their own demise would be made.  It is a very precarious situation at bay, to say the least.  Due to the experience and resilience of Spacekru, they’re a step ahead.

Of course, with any fire, there are going to be a few burns.  McCreary taking Abby as his prisoner so that she could cure him, and his crew is just another asset of his depravity.   I have to admit, McCreary has established himself as one of the most malicious ‘bad guys’ in the course of The 100. There is no boundary between where he cannot cross, and how he uses others to get what he wants.  It’s remarkable truly as it is naturally difficult to try to piece apart a psychopathic criminal, but McCreary has made it easy to figure out his game plan.  He is all too conniving and cold, but none the less interesting.

As for Diyoza, her perceptions and drive for life are for a different purpose.  She wants a life of amity for her daughter.  Like most mothers, this is the greatest dream and goal.  And, man, does Diyoza ever fight for it.  She spills the news or tea, to McCreary that he is the father.  It takes a second to sink in and releases Diyoza from his choke hold.  Rather then that, it does not faze him. 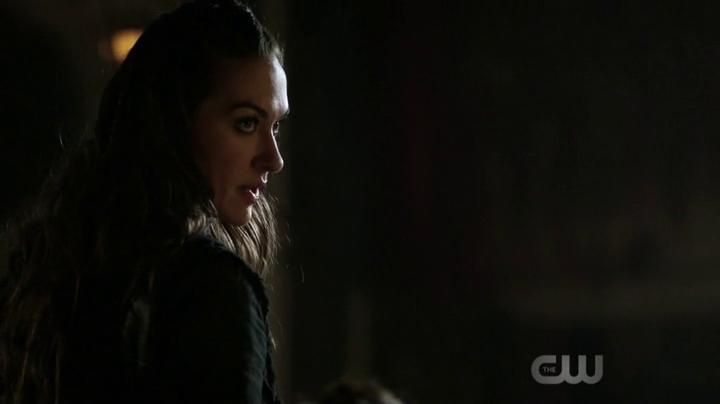 Her choice of not telling him about the Cure is a great one.  I cannot agree with Diyoza more on her call.  I wouldn’t want McCreary to be around the child when the initial hope is peace.  She may have done some very criminal things in the past, but now she is taking this opportunity on the ground to redeem herself.  She desires to do better and try to be a more positive influence on her people.  Others may not see it now, but they just might if they want peace.

In the midst of the ‘fire,’ Echo, Raven, Emori, and Shaw (uncollared) make a break for their escape out of the Valley to the ship.  Murphy decides to go with Kane, something that Emori is not too thrilled about.  Even though they were going to get Abby, I am still unsure of why Murphy went.  Abby must have something spectacular for him to do so.  Perhaps in the next episode, Warriors Will, the reasoning will be elaborated more.

Shallow Valley is in a shamble, but it made a very compounding and interesting watch.

Octavia may have been ‘napping’ for a good chunk during the bunker festivities, but that did not stop the fervor.  Miller is continuing his dedicated following of Blodreina and taking over to lead Wonkru into the Valley.  With a war still the game plan, something needs to be done, and quick. Indra tells Bellamy that she is not the one who cannot stop the war, but Gaia can. 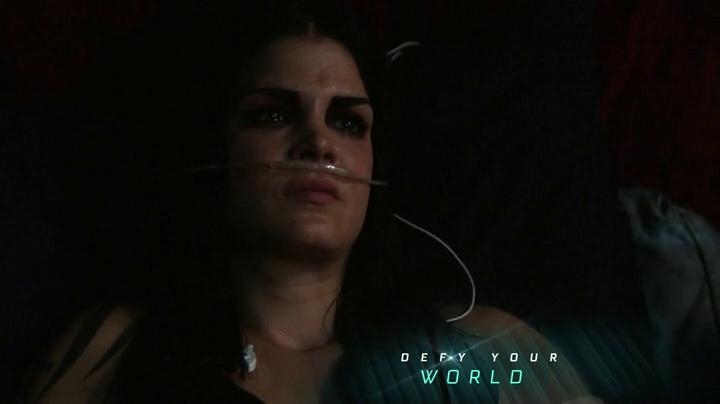 Bellamy going against Clarke’s orders of not doing the ascension on young Madi puts a toll on their non-romantic relationship.  Yet, I think that one of the reasons why Bellamy did what he has done is to protect Clarke.  I will explain more about the narrative of Bellamy and Clarke a bit later.

Gaia reminds Madi that she will never force the Flame and she stays true to her word.  But without Madi’s ascension, the war issue will still be present, and Bellamy made this perfectly clear to her.  It will also save Clarke from execution.  Madi makes the decision of taking the Flame if it is the only way to save her mother.

Now, one can debate to all odds of the earth whether Madi was manipulated into the ascension.  She is a child of thirteen, is very vulnerable, and impressionable.   Bellamy can be a very persuasive motivator as we all know; his speeches can make a turn in the most stubborn of people.  Madi could have easily fallen for his charm and insight.   On the other hand, she is protecting Clarke and believing that if she takes the Flame, Clarke will be untouched and unharmed. 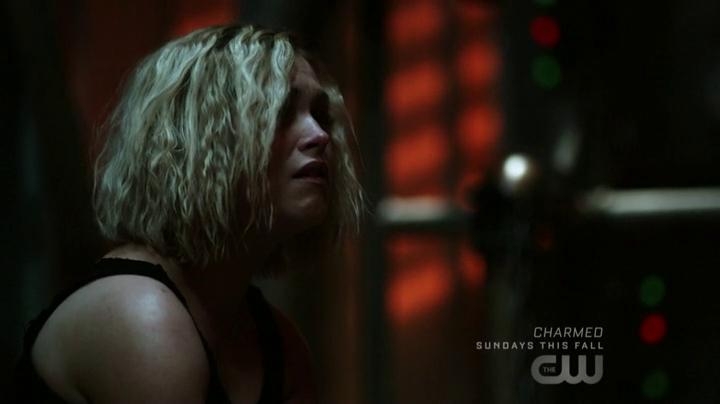 Jackson does a dialysis on Octavia (she would have come to anyway), and it clears the poison from her system.  She tells everyone in the chamber that her brother poisoned her and wants him arrested.  However, Indra is not going to let that happen.  She takes a much-needed stand and addresses that Octavia has become this monster.  She admits that her reign styling is partially to blame, but Octavia also has the power to stop it.

The ceremony for the ascension, Gaia performs the honor of inserting the Flame.  Yet, there seems to be a problem.  Bellamy is alarmed when Madi does not wake up right away, whereas Clarke did.

Clarke, who has a now full-awaken Octavia at her side, intervenes.  She is angry, pained, and boiling.  Her reaction is one of a very strong and loyal mom; if anyone gets near her child, she will bite their head off.

Madi awakens when she is placed in the rover, and it seems like the end for her and Clarke as Joroum points his gun at them.  In a seemingly magical moment, the spirit of Lexa ignites and Madi shares his decorated life with the past commander.  He bows down and has Madi’s honor.  Then, Clarke kills him. 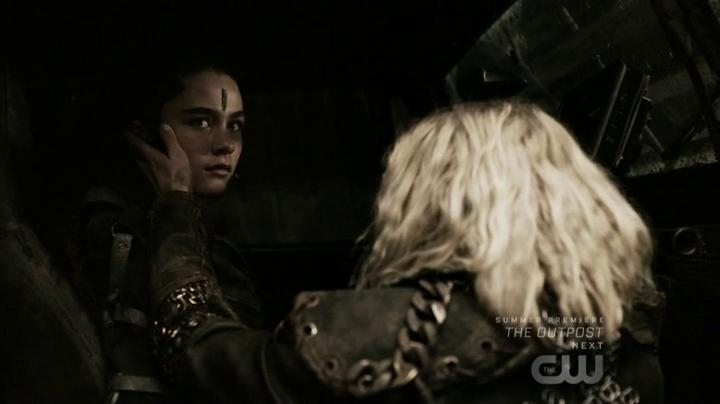 For their treason, Bellamy, Indra, and Gaia are punished by thrown into the Pit.  Octavia makes a very forceful wave as she goes over what happens if you do not follow her orders.

Then, she knows that she went too far with her judgments as she sheds a tear on her throne.

A Break In Bellarke

Sic Semper Tyrannis was a rather difficult journey for Bellamy and Clarke, yet even their spewed-out angst created something momentous.  They were on opposing sides, and there seems like there is no hope for forgiveness.  Clarke has every single right to be pissed at Bellamy as he did go against her promise of keeping Madi safe.  She even slapped him, but you ask any mother who feels like there is a treat to their child, then they will agree with Clarke’s action.

However, Bellamy felt like he was doing the right thing if it meant saving Clarke and his family.  Now, about that: just because Bellamy omitted Clarke from his family, it does not mean that she isn’t a very important part of his life.  These two never had the chance to be anything more than leaders in peril and friends, so it’s hard to depict of whether they’ll go down the romantic path.  Especially of what was displayed, and Clarke leaving him to die. 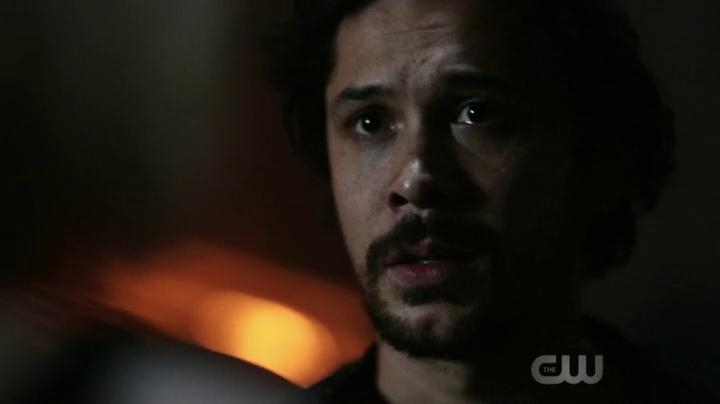 The time jump greatly revolutionized impacted them, because of their priorities and time apart.  It is saddening to see, as you have this great development and context between them.

RELATED: REVIEW OF HOW WE GET TO PEACE

The thing is though, they always seem to reconnect and become even more prominent in the storyline.  Bellarke will always have this aura, this enigma, so we should not be too concerned about their rifts.

After all, Bellamy and Clarke are the head and heart of The 100.  It would be such a shame if things ended for them at this point.

What did you guys think of Sic Semper Tyrannis?

Next time on The 100: Warriors Will.  Will Octavia put a stop to the fight in the Pit?  We can only hope.

The 100 The Dark Year Official Synopsis

The 100 Warriors Will Sneak Peeks And Inside The Episode