May We Meet Again The 100: Thank You For Significant 7 Seasons

All great and glorious things must come to an end, even though in our heart of hearts that we don’t want them to.  Sunday shall be a bittersweet event for The 100 fandom:  the series will draw its final curtain with season 7.  The news has been confirmed by Jason Rothenberg on Twitter.

After 7 seasons (season 6 will have its finale tonight) The 100‘s life-alternating journey will end.   The post-apocalyptic sci-fi drama has made an infinite mark in the television medium as it created story-telling and relationships that are taken to a whole new spectrum.  We’ve watched the visceral and wonderful duo, Bellamy Blake and Clarke Griffin unfurl and blossom before our eyes; the pain, but transcendence of life; the moral compasses of deciding of what is right, and what is wrong-though when surviving, our minds may have different annotations.

Prior to the season 6 premiere in April, The 100 was renewed for its 7th and rumored potentially last season.

With #The100 Season 6 finale just days away, I have some bittersweet news to share: Season 7 will be our last. We are eternally grateful to WB & CW for always allowing us to tell our story the way we want to & to wrap the show on our terms. What an incredible ride this has been!

Those rumors are now true.

For many, The 100 offered a lens which allowed the audience to interpret and sculpt the narrative, all the while taking in its value.  Additionally, fans developed connections with the characters as they may have impacted their life in a positive or transforming light.  One such example would be Emori-who was born with a physical disability, exiled from her clan because of it, but managed to live life to the fullest.  For many with a borne disability-myself included-Emori opened the doors for disability self-acceptance and awareness. 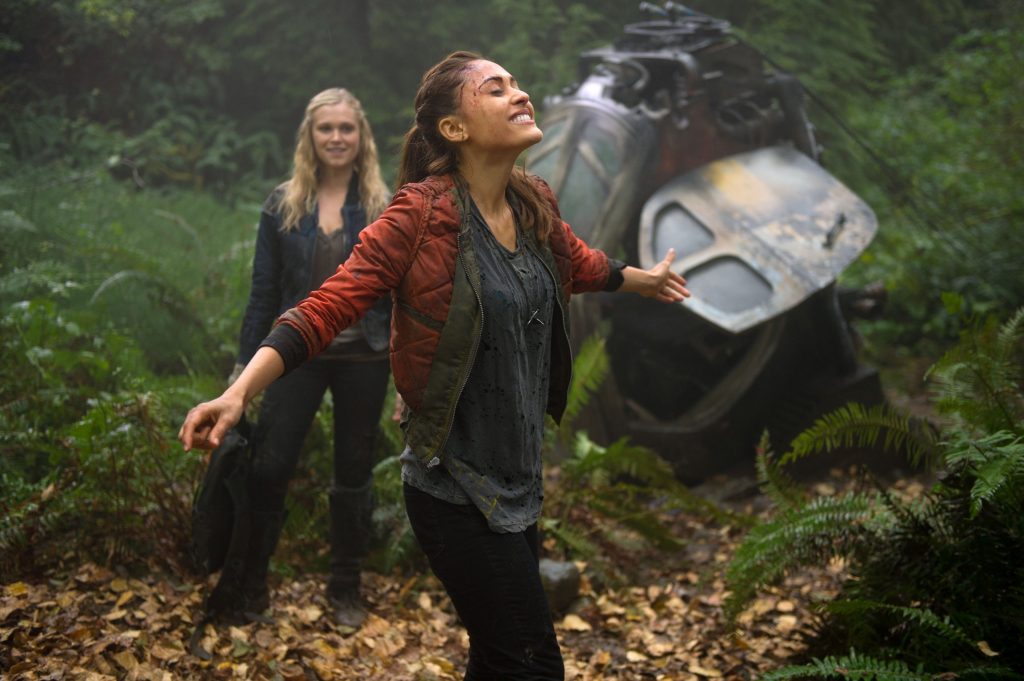 Then, there’s Raven Reyes, whose constant battle with chronic pain didn’t stop her ongoing pursuit to save others.  We rarely had glimpses of her happiness, but she shelved it so that her friends could live.

But, seriously, I would give anything to see her smile once again.

Another would be the ongoing thematic of mental illnesses, how they inflicted upon the characters and integrated into the storyline.   The most commonly shown was Post Traumatic Stress Disorder or PTSD.  Jasper Jordan and Finn Collins have both developed the illness following the war, losing their loves, and Mt. Weather events.  Unfortunately, they couldn’t escape the ominous abyss and they left the world that they knew behind.

While The 100‘s world has indeed been engulfed with darkness and tragedy, it’s not without its joys. Clarke seeing the earth for the first time, Octavia being covered by the purple butterflies, Bellamy donning multiple costumes to save his friends, Clarke finding the love of her life through Lexa, Monty, and Harper raising their son, Jordan, and Abby and Kane having that perfect, amorous relationship.  There are countless others, yet somehow, these centered into focus. 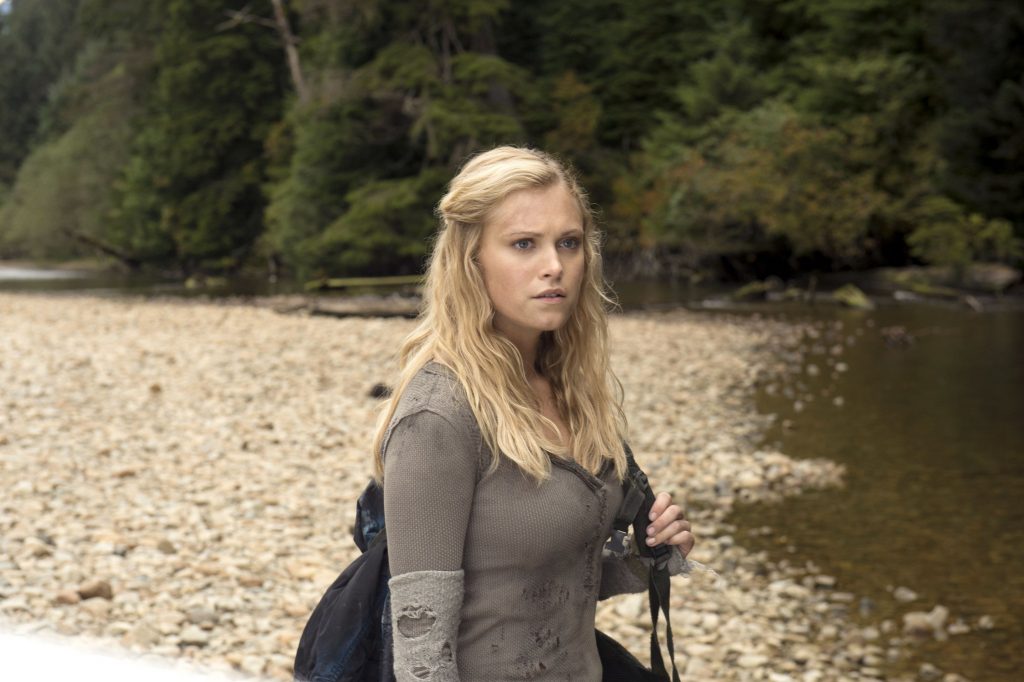 Then, we arrive at Clarke Griffin.  Without her, The 100 would not have existed, nor would she become one of the most courageous and revolutionized female heroines in entertainment history.  She demonstrated hope and dignity, while still be opened to vulnerability and despair.  Despite the latter two, Clarke projected goodwill and never giving up the fight so that her friends and loved ones can see tomorrow.  She isn’t perfect, but she’s human.  But to be led by Clarke is a privilege, both by fans and characters.  Although she has made some mistakes, her people always placed their confidence and trust in her, no matter what.

Her co-leader, Bellamy, who has been by her side (even when separated) since day one, became her link through it all.  Bellarke has become one of the most powerful, most admired, and most recognized duos in the television medium.   They created a world all their own; nobody was truly allowed in their private sector and only those who were able to witness the chemistry were lucky. 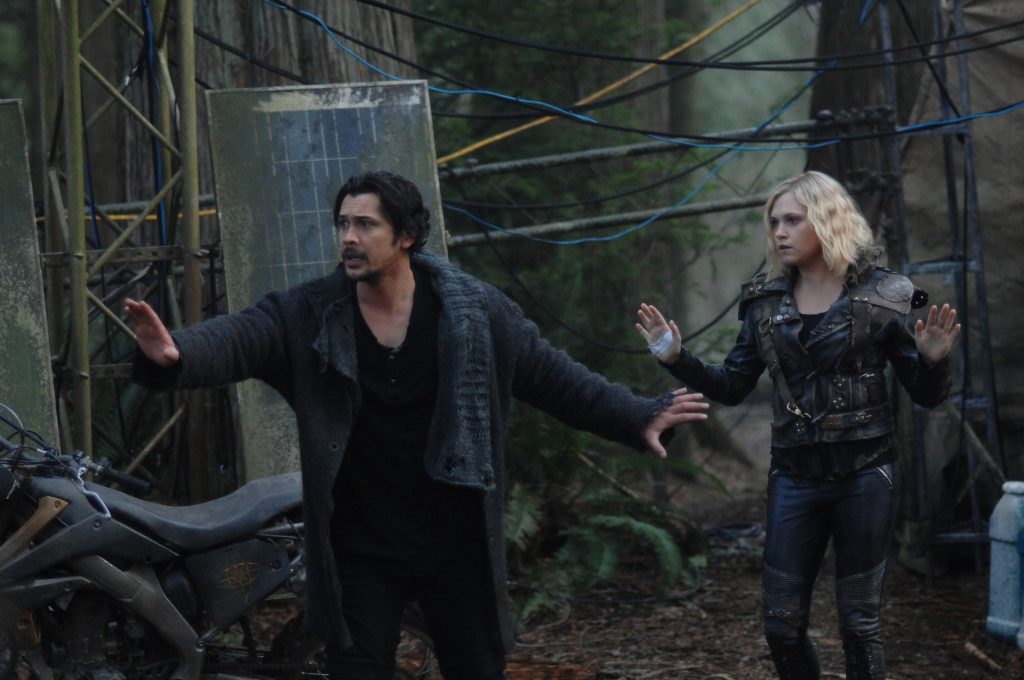 There is something to be said about Bellamy and Clarke.  Will they or will they not?  That’s the infinite and ushered question.  We watched 6 seasons of near-immaculate development, our hearts, and heads aligned with theirs.  It’s a blessing because it’s extremely scarce to have a pairing produce such dynamics.  It’s only natural to think if they’d ever become canon, especially when they’ve shared so much and been through nearly everything.

If the writers ever choose to go that route for Bellarke, then it will all be worth it and may go down as one of the greatest love stories ever told in TV history.  The platonic soulmates have revolutionized narratives and shipping as know it.   I for one will be satisfied if the writers decide otherwise because I enjoy what Bellamy and Clarke possess currently.

And we got the comfort of knowing that Eliza Taylor and Bob Morley are married and they magically made their counterparts romantic.

Talk about taking the last page of The 100 Rebellion book by Kass Morgan and bringing it to life!  Without her, we wouldn’t have these strong and influential characters.

Then in season 6, we got to see a different range of Taylor’s acting as she became Josephine Lightbourne.  Capturing the nuances and body language of a character that’s the polar opposite of Clarke, Taylor delivered a stellar performance.  Playing one character is difficult enough, but playing two simultaneously takes talent and skill.  Portraying the villain has been her greatest acting challenge to date, and it catapulted even larger challenges ahead. 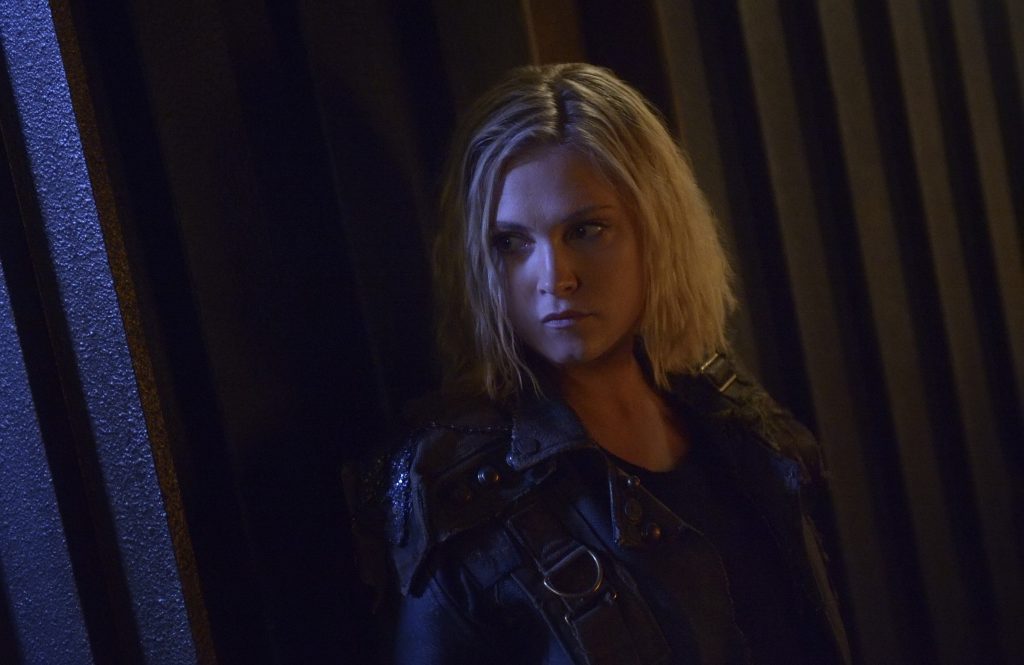 Around the huge circle of it all, The 100 perpetrated a fanbase that took the show to a whole new realm and created many different and beautiful art adaptions.  From fanfiction to review coverage to vlogging to cosplaying to artwork, there is no limit to the talent.

We even have sold out conventions such as Unity Days and Conageddon where the cast gives it their all to meet the passionate fans who loved their show and connected with not their characters, but with them.

Furthermore, I  covered The 100 with Grounders Source since its beginning back in 2014.  I’ve covered other shows, but The 100 blew them out of the water as (The Simpsons is an equal though) the show impacted my life in so many meaningful ways.  The memories that I’ve gained-both negative and positive-won’t fade because of they’ve left a cavernous imprint.

Through the stories and its characters giving us a reflection of passion, life, and hidden beauty, my standings on worldviews and perception significantly altered.  There can be hope when hope feels non-existent; seeking beauty in monochrome situations, and the struggle not only to survive but to live, knowing that whatever darkness lays ahead, there will be light.

Even if it’s just a microscopic sliver, those are the things worth fighting for. 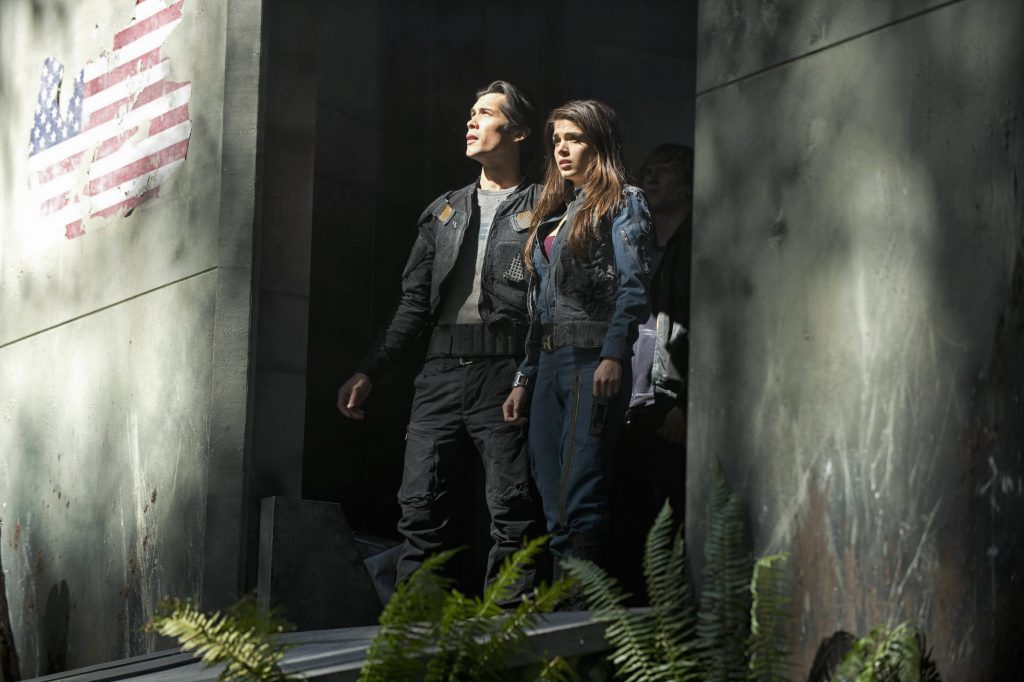 If that isn’t enough, The 100 breathed kindness into the world with campaigns such as Sachin Sahel’s Ships Alliance, Jo Garfien’s contributions to cancer awareness through Cancer Gets Lost with fan donated items, and people just wanting to do better for others because why not.  The world has enough hatred, but you can overpower it with kindness.

The greatest lesson of it all is the truth of humanity.  While Clarke, Bellamy, Echo, Octavia, Murphy, and Raven all fought gruesomely just try to to preserve it, we took the notion that this may happen to us if we allowed toxins and corruption on own planet.  If we decided to harm rather than to save and be environmentally effective, then civility and habitations will mirror The 100‘s planets.

It’s depressing to fathom, but not hopeless.  Like Monty Green preached, “Be the good guys.” 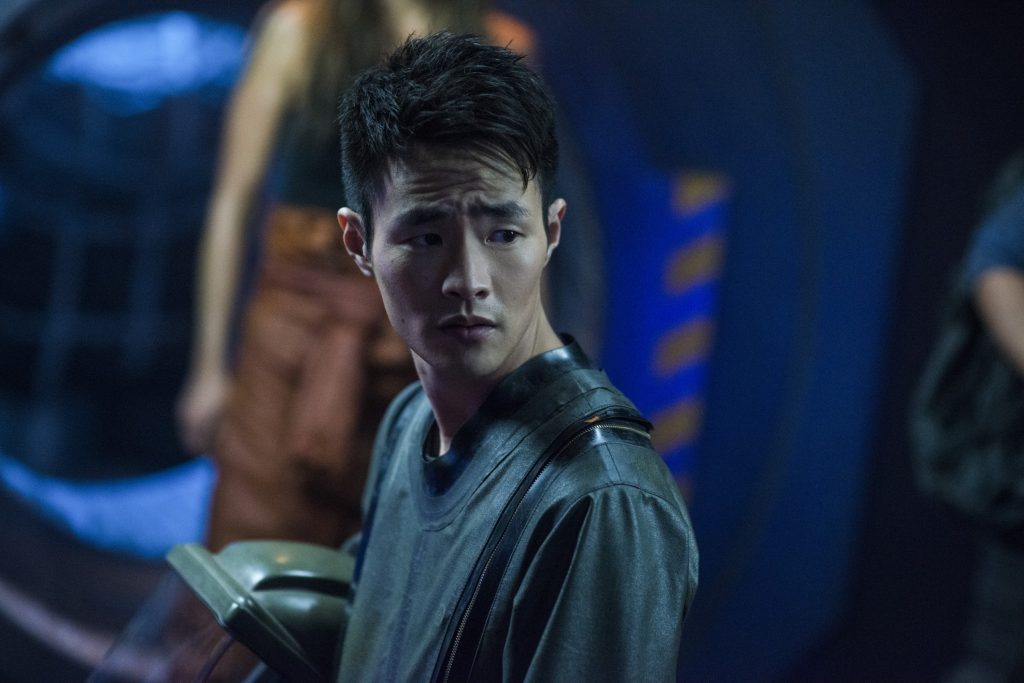 With The 100 wrapping its series finale at episode 100 (No joke.  JR and the writers went there!), it will end on its own accord, on its own terms.  This is a rare gem and milestone very shows achieve in the media, and with that, it’ll go out with a big bang, rather than a big failure.  The CW and Warner Brothers gifted the series to have this fate, so it can be told they way that it’s meant to without any interruption.

However, we are not there quite yet.  We still have that precedented, nearly year-long hiatus beginning tonight after the season 6 finale which I am sure will leave us drowning in our own tears and blood.  After that, there’ll be no doubt that social media will be complied with season 7 theories and hopes along with awaiting its mystery.

The 100 itself will be resurrected with new generations of fans for years to come as they watch the series through streaming platforms and the original fans passing it down to their descendants.

In other words, the show will have no death.

While I’m heartbroken that The 100 will end, I’m glad it gave me so much.  It definitely broke down a few of my conscientious and social walls while becoming tougher.    It taught me to be less judgemental (though, I never truly did) and forgive more as its imperative to let go of the anger and move on.

The 100 deserves to go out in the way that it’s meant to, rather than giving it a rushed and unsensible ending. 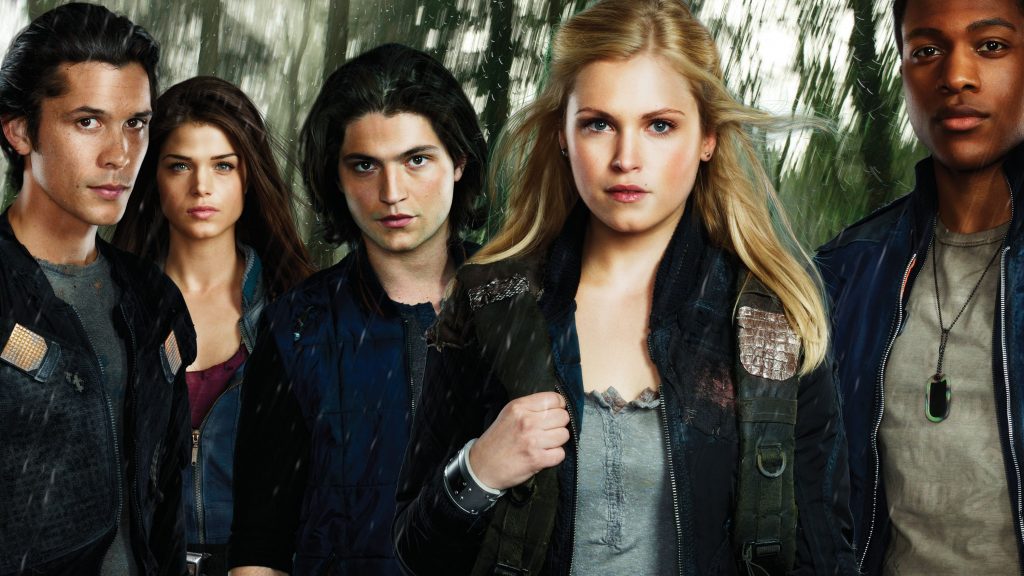 Thank you The 100 for everything.  It’s been a great privilege.  May we meet again. ∞

Throughout the hiatus, I shall be updating Grounders Source with news and features.  I hope that the above didn’t terrify you.  I’ve no desires or intentions to resign.

Tune in tonight for The 100 season 6 finale, The Blood of Sanctum!

The 100 The Blood Of Sanctum Promos

The 100 The Blood Of Sanctum Preview