An Era Is Ending: The 100 Receives Season 7 Premiere Date

An era is ending but a legacy is beginning.  Today, we have received a premiere date for the much-awaited The 100 season 7.  Oh, how the tears rained down. 😭

The CW has finally announced the premiere date for the seventh season.  As a reminder, this is the final season for the dystopian series.

The date has been set for Wednesday, May 20th and will course throughout the summer.

For many, including the cast of whom have given it their all, it’s a sad moment.  We have grown with them, getting attached (the cast), watching literally breathe life into their characters that we all know and love.

This week has been emotional, with members sharing their personal intakes on creating The 100:

My first day shooting the the 100th episode of #The100 . Feeling pretty emotional. Octavia will always be a part of me somehow. A forever thanks to all who’ve given me this opportunity to tell her story, the cast & crew. 🙏🏼❤️🖤

When something is coming to an end, it can be hard to derive meaning clearly. The why, the message, the lesson? At this point in time can only look back and thank it for the ride. Battered, bruised and somewhat wiser as I human. I am grateful. Be well, be kind.

Day 1 of shooting #the100 SERIES FINALE is tomorrow. Episode 100 and my 1st as director. I’m so grateful to so many people for so many things, but especially YOU, the fans of the show. As our rockstar crew carries me to the finish line, we know that you carry us all.

The hardest thing about The 100 ending is letting go of the characters and the journies that shaped them.  From loss, hope, surviving, love, gaining, and yes, even more loss–Clarke, Bellamy, Octavia, Echo, and the kru have been through it all.  They all been through some trying times but at the end of the day, the experiences only made them stronger.

Yet, if Clarke truly died, then we would all have a massive issue. 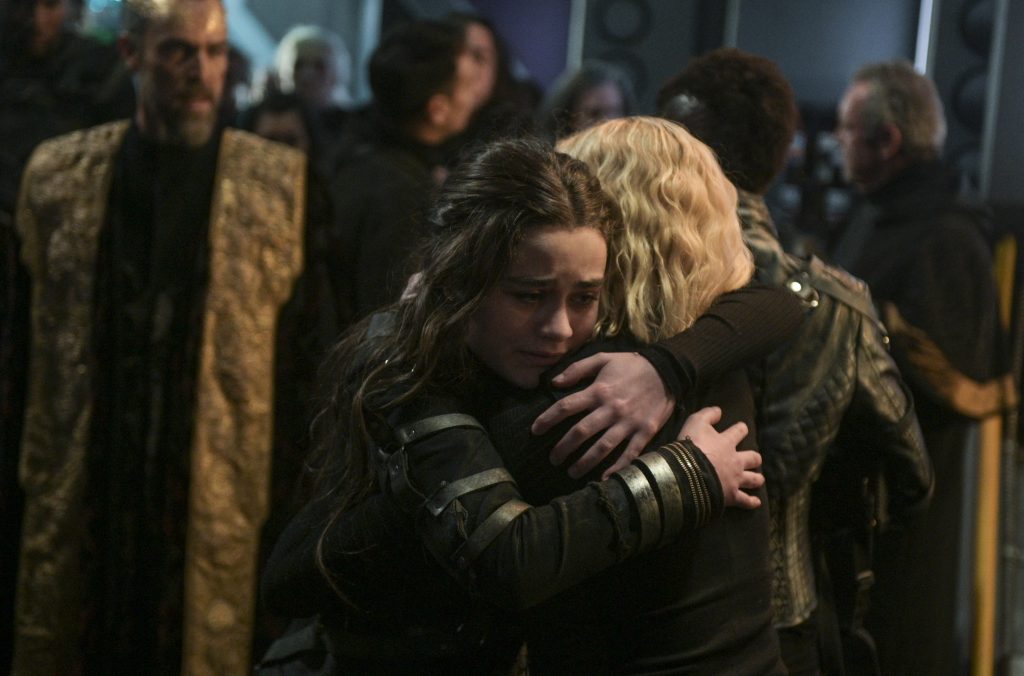 For the series as a whole, it left a substantial legacy because the story surfaced possible outcomes of the future.  Besides that, it revolutionized strong LGBT potentials-despite a major error– and gifted us with one of the most iconic female leads in televised history.

And the big question is, will they or will they not?  I guess we just have to tune in to find out.

Will you be catching the last season of The 100 in May?