Oh, my God Fankru!  The trailer for The 100 season 7 has finally dropped onto our screens!  I know the pain and impatience have been excruciating, but it was well worth it.  The trailer is packed with hardcore feels as our heroes once again, fight for humanity.  Yet, there are some twists and turns included that makes The 100 what it is.  A highly complex show that always questions morality and always, who’ll live and who will not.

This will be the last trailer for the iconic survival show, and it’s a bittersweet moment.   The two-minute promo introduced new planets in which people are traveling to and fro, new characters, and beautiful landscapes.

I am all about Earthy and nature aesthetics.

As the trailer opens, Clarke buries a piece of her mother of whom she lost in the season six finale.  She promises her that she’ll make her proud and from there, a plethora of troubles ensue.

In a riotous surge above the Sanctum citizens and an unimpressed Nelson, Clarke announces that Russell has to die for his mistakes.  Perhaps it’s a moment of white-hot anger and grief as this was the man who took away her mother, so I can understand her position. 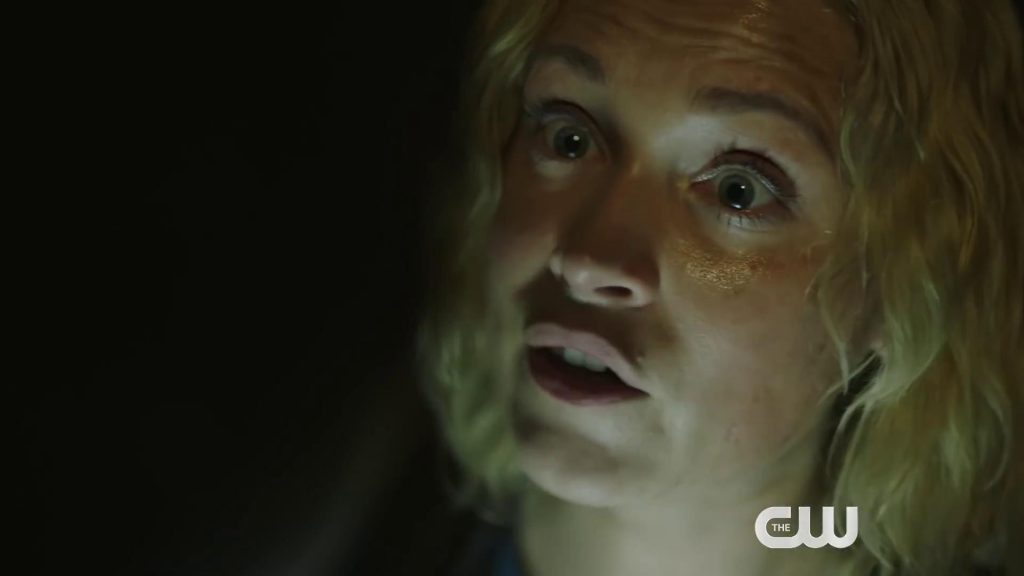 The moral compass is ever looming over everyone’s pretty heads (pretty much everyone) and the realization of that fighting has become an identity.  The goal and longing of peace feel like an unattainable dream and it has surfaced between Clarke and Russell.   I have to admit that despite the animosity, the two make quite the explosive and interesting dynamic.

As for everyone’s favorite Rebel King, Bellamy, he doesn’t have much screentime and what is projected causes deep distress.  I hope that that is only a small fraction of his season 7 narrative. Otherwise, lots of fans-myself included-will be ticked.

He deserves better.  A lot better. 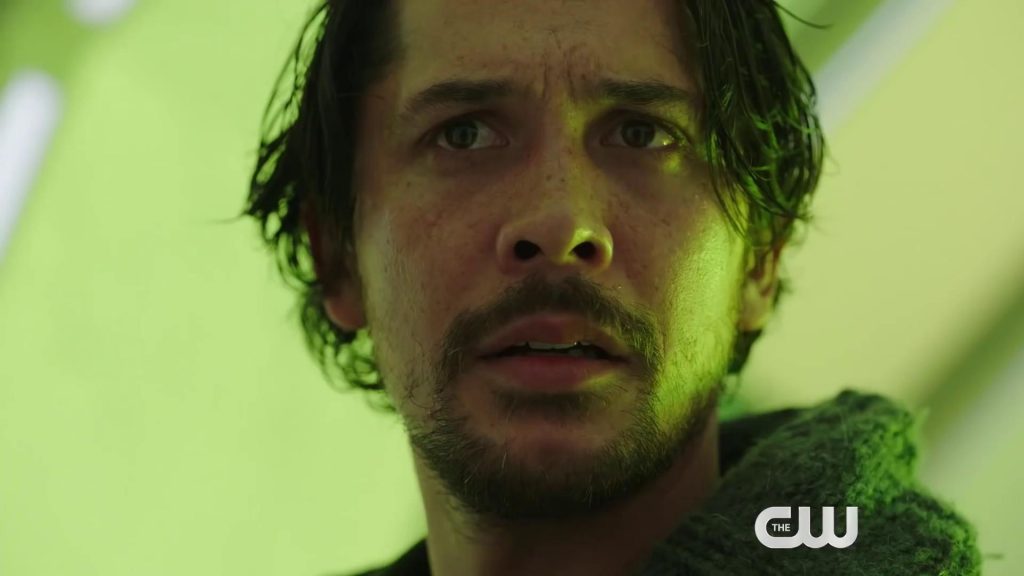 Octavia is still locked within the Anamoly (a wormhole that leads to anywhere) and she wants to get back to Bellamy.   After making her amends with him, it’s only natural for her persistence.  Diyoza however, wants her to stay, and maybe it’s because they connected from their adventures last season or that she has become like a daughter to her.

Octavia will indeed have a well-structured storyline and hopefully, she will be finally gain happiness (as well as the others).

We’ll be introduced more to Hope Diyoza of whom is sporting a blond pixie cut-which is cool because of the new looks that have been in reign as of late.  Speaking of new looks, Echo’s hair has a sharp new ‘do, and is placed inside a crazy-looking room that very much resembles a 1960’s lab. 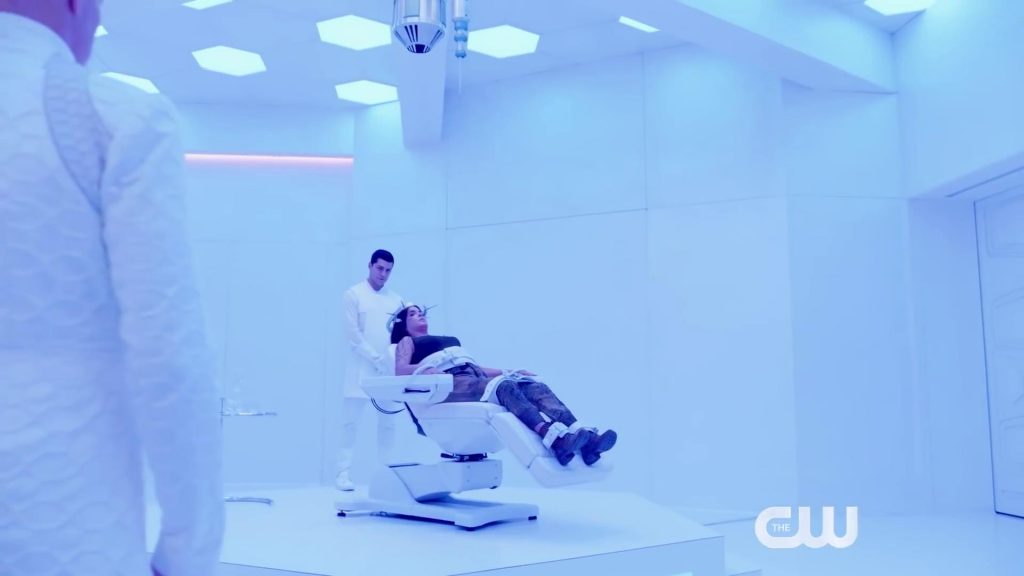 I am getting major James Bond vibes.  And I happen to love James Bond.

What’s the appeal?  And why is she being psychologically tortured?  It doesn’t look very fun and she just looks so stressed.

At least she looks good. 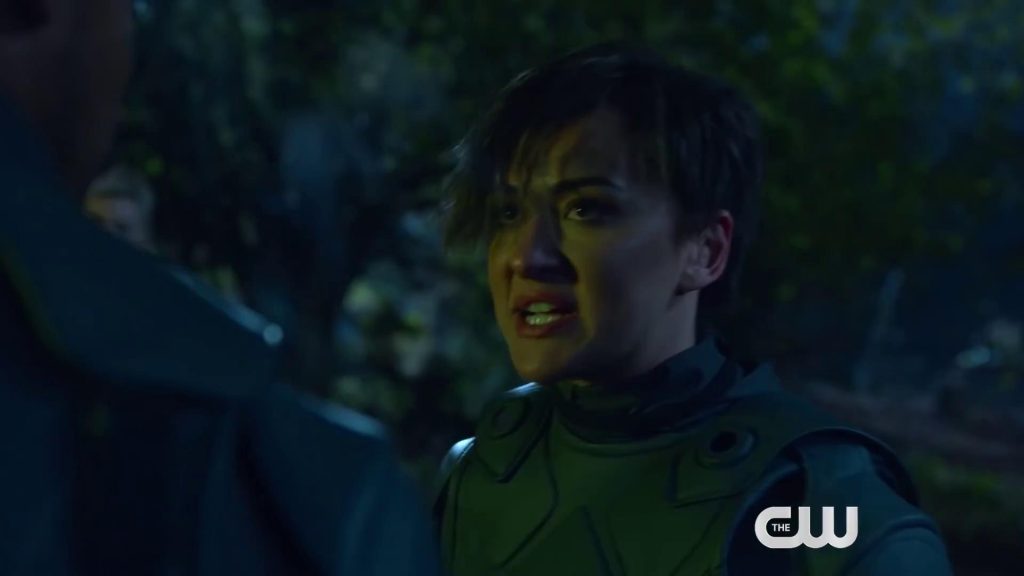 Other impactful, relieving aspects of the trailer are that Murphy and Emori are still engaged and engaging with Raven.  The three have a meaningful conversation and Raven states that Sanctum is a “powder keg“.

Sanctum will have its own war as the citizens must figure out their path after Russell’s Godly downfall.  It won’t be an easy one to walk on especially with the surmounting conflict with Skaikru.

As far as the relationships, there is not much to get from the trailer or the teaser, and that does raise a small alarm.  Or maybe the episodes themselves are filled with ship interactions that even one small scene can be spoiling. 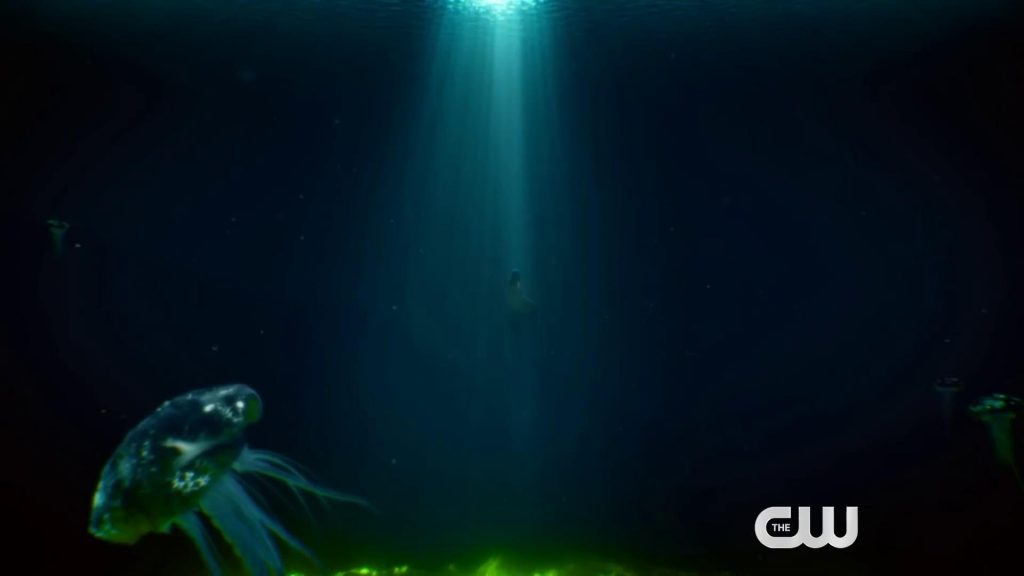 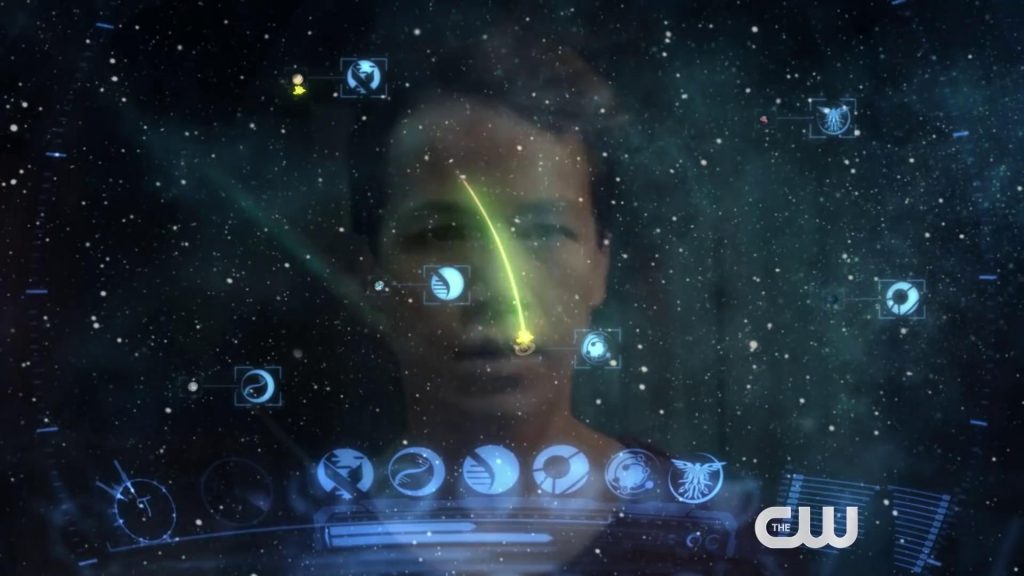 Up towards the week of the premiere, there will be more coverage on season 7!

What did you think of the powerful trailer?  And what do you hope for this season?  Is there anything that you’d like to have seen in the trailer?