The 100 Matryoshka, written by Drew Lindo will be filled with ultimate acts of revenge.  610 is an event that people will-or may- be finally closing in on the weird cult beliefs of Sanctum.  What will be the outcome?  What will our heroes and favorites do to gain back order and alliance?  Who’s coming back?

The 100 Matryoshka will drop a lot of bombs, after the fact that bombs were dropped en masse in What You Take With You (by the way, due to personal issues, the review will be a bit delayed.) because we will see the further downfall, but hopefully, the uprise of civility.

Abby may be hit the hardest as it has been revealed by Simone that Clarke has passed on.  Abby just lost the love of her life, and now, she has to face another harsh and grim blow.  It certainly isn’t fair because no parent should have to hear the words “Your child has died” or “She/he/they didn’t make it.” What made the reality even harsher was that Simone said it very unempathetically and nonchalantly.  She too, has lost her daughter, sh she should know how Abby would feel.

How will Abby take it?   My guess that she won’t go down without a war as there is no greater fury than a parents’ scorn and undying love for their children.  The worst thing that can be done is to rip them away.

Yet, Abby may not have to begin a war as Clarke is cracking through the mental barrier.  We have seen her pop out last week when she was with Bellamy and the Children of Gabriel.  Clarke Griffin may be coming back, and if she does, then Sanctum is so not ready for her revenge.

Because revenge with conceptual reasoning is an occurring theme on The 100,  moral compasses are always revolving.  Josephine may not be ready to let go of the body that she has fallen in love with; she might fight back if Clarke is coming out and reclaiming what is rightfully hers.

This may be the end for Josephine, but girl, you can’t keep playing the “Clarke” role.

There is another death (seriously, just let everyone live at this point.) that may happen in The 100 Matryoshka.  But who?  Many are guessing that it may be Emori (I don’t think so, as it’s offensive and toxic to kill off a disabled character out of the blue.) but it could be someone else entirely.  I don’t fancy the idea of anyone dying, even if they morally deserve it, but it may be Gaia as Madi just went cold as ice on her. 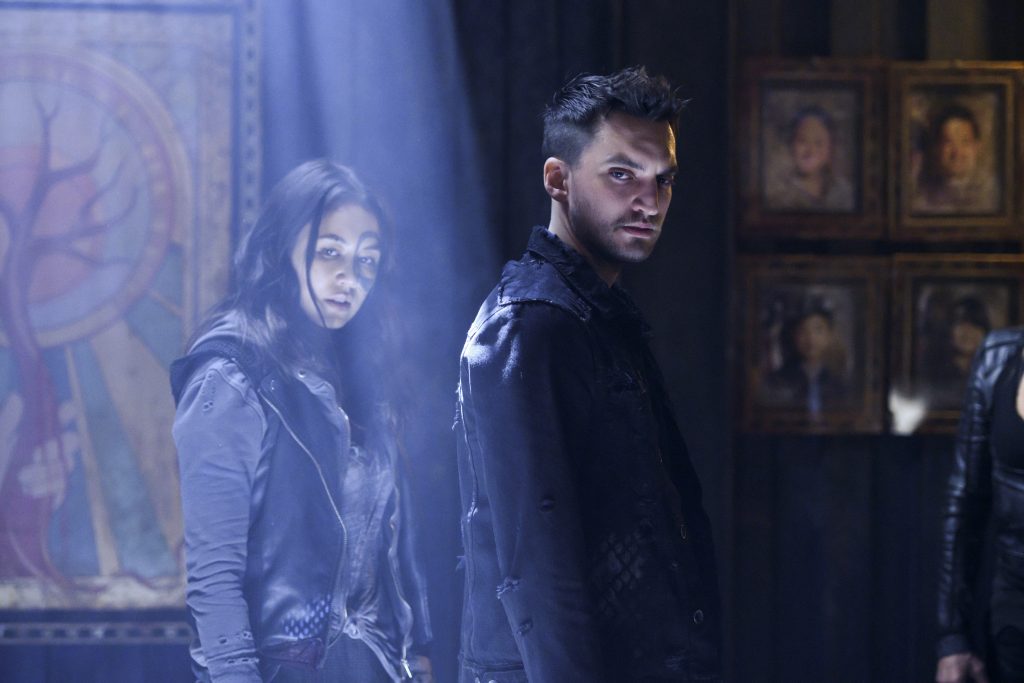 The death theory might be a warning and no one dies.  Just a warning that you must always be prepped for any situation on the show.

Also, is an escape plan being executed?

Additionally, the Blakes will have a reunion, and hopefully, tie up loose ends.

Echo is finally putting her archery back into good use again.  She might be the unrequited heroine in this mess.

The 100 Matryoshka airs tonight on the CW!