“Heaven or Hell?  You Choose”

The 100 blew it out of the water once again this week with The Children of Gabriel, written by Drew Lindo and directed by Dean White.  The third installment of season six, the episode was compact with romance, heartbreak, suspense, heaven, and hell.  Characters experienced many ‘firsts’ believing for a moment that a better a life is finally theirs.

But, it’s just a moment.  Heaven twists into Hell in a blink of an eye, and it’s up to Clarke Griffin once again to make alliances with the people of Sanctum.  Plus, a lot of other interesting stuff that happened. 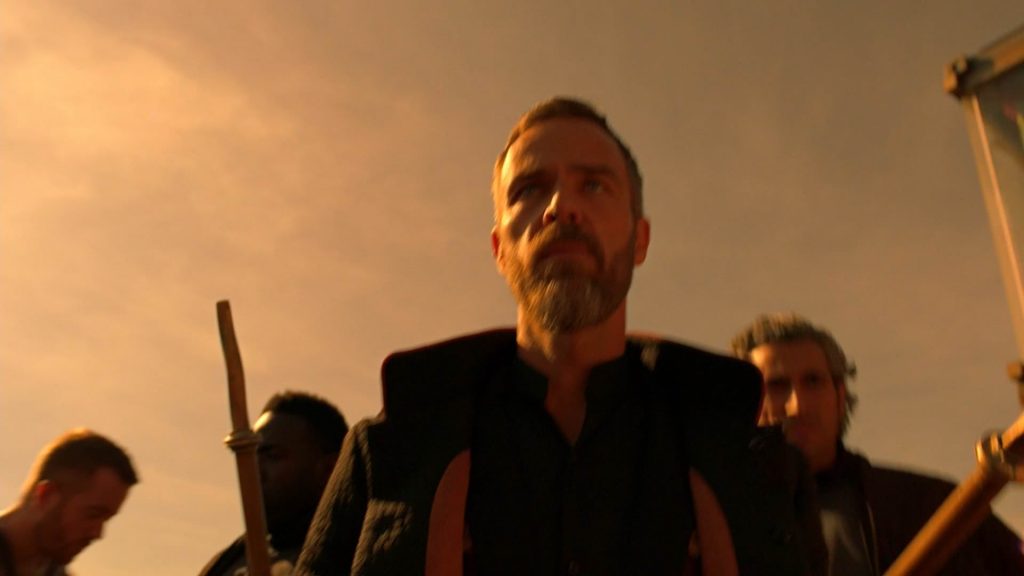 Welcome To Sanctum:  I Am Your Leader, Russell Lightborne

If there was the perfect definition of character entrance, it would be Russell Lightborne.  Russell, the seventh of the Lightborne dynasty and amicable leader of Sanctum.  The citizens praise him for that he has kept their home in peace and comfort.

Up until Spacekru crashed on his domain, and pretty much hell broke loose. Whoops!  Anyways, Russell has made quite the impression with the saving Murphy’s life with “kepa de she” or the hideous snake used to cure the seaweed’s toxins.  The method worked because everyone took a collective sigh of relief when he came to.

However, carrying a multi-eyed serpent for medical purposes is a bit strange.  But one will never know if they’ll fall victim to seaweed.

When it came to allowing If Spacekru can stay in Sanctum, Clarke, and Russell both made valid and thorough arguments.  Clarke has done the acts so that her people can live, and when asked if she would repeat them, Clarke defended her actions.  Russell pointed out that he must take care of his people as he desires no violence within his safe haven.  I can’t blame the guy as he must watch and protect just like any responsible leader. 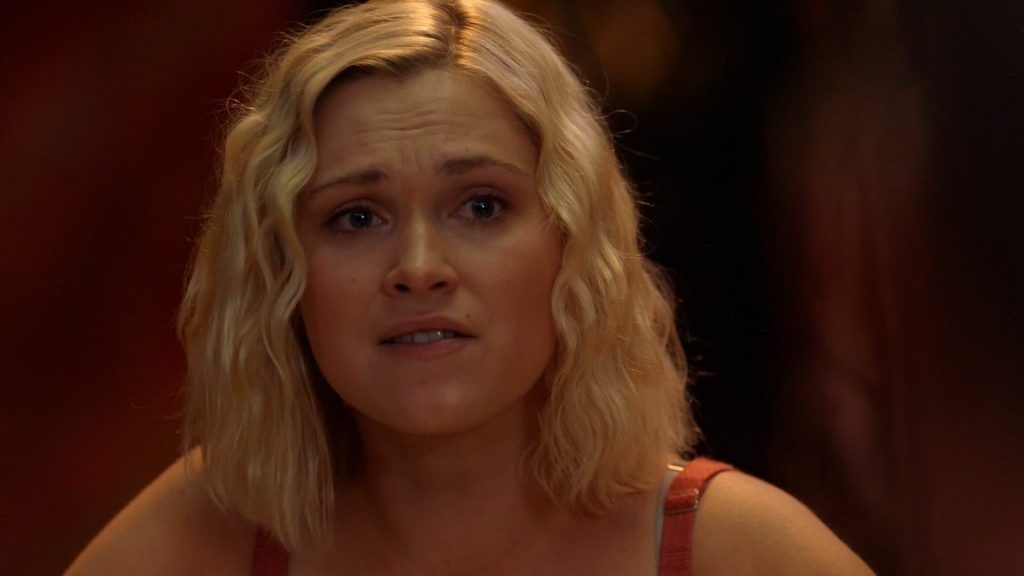 For now, the motion of denying Clarke citizenship in Sanctum is carried.  Clarke and the others have no option than to go back into space.  It’s a real blow because this was their one chance to start over and be model citizens.

Not all hope is lost because Delilah, a young girl with Nightblood (and allowed Clarke to borrow her pink dress), is kidnapped by a member of The Children of Gabriel, and Clarke risked her life to rescue her.  As a reward for bravery and heroism, Russell grants her and the others permission to live in Sanctum.

All but one:  Charmaine Diyoza.  Due to her being a notorious war criminal in the past, she’s cast out.   This puts me in a spell because I love Diyoza and I find her character evolution to be one of the best the show has offered.  Like all the others, Charmaine is given the chance to do better.  Additionally, why would you even consider throwing a pregnant woman out?  That is cruel in many different levels and there are alternatives better than casting.

As I observed Russell more, he isn’t all that holy as he appears to be.  This is a major red flag.  There is that creepy way in which he looked at Clarke when he discovered her blood color.  It was a blink-and-you-miss-it millisecond, but it was well concreted, set up purposefully for the narrative to come. When he spoke of his daughter of whom has passed on, I couldn’t help except wonder why he sounded so mundane as if he was hiding something far more devious than a fall.  Russell displayed no emotion as most parents who lost a child would.

The one concern that I have is that Russell may make Clarke as a host for his daughter.  Hence, the bizarre and somewhat gross fixation.

Russell may be one of the best leaders The 100 has ever presented, or he may be the evilest.  While it’s still premature to judge his deepest and truest intentions, I have a feeling that this guy is up to no good.

Let’s get on to the small mention of his wife, Soren.  She seems to challenge her husband, is devout to Sanctum’s beliefs and customs, and seems to make quick judgments.  As with all new promising characters, Soren will be interesting to analyze and observe.  We didn’t get much of her yet, but already she made a mark to remember. 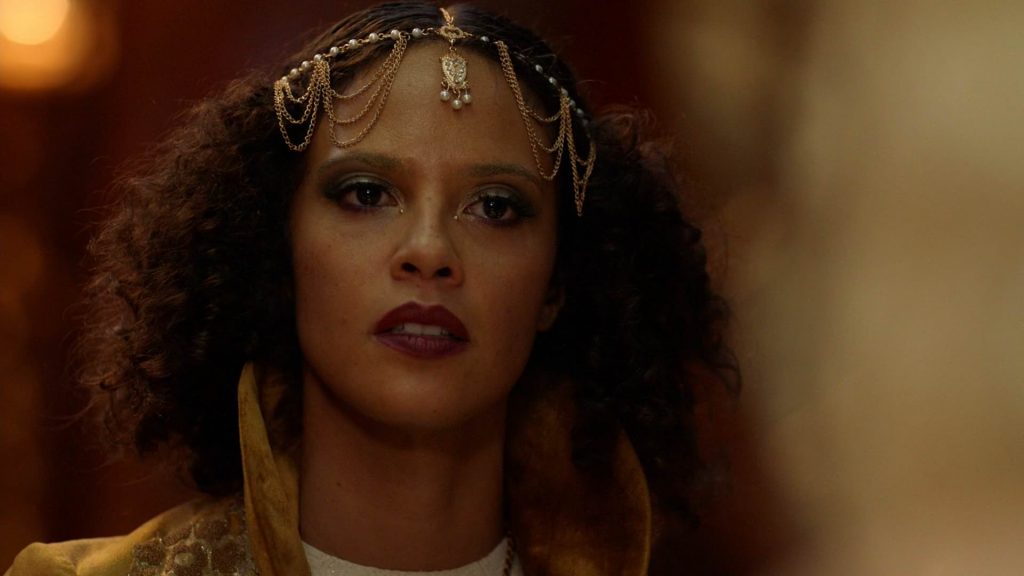 Will Soren always be at her husband’s side or will she have her own way of following?  From what I gathered, she pronounces dominance and appears threated by Clarke.  Yet, to be fair, Clarke does embody that threatening vibe and for great measure.

Will the two women clash whilst Clarke is in her compounds?  Or will they delegate and become even more powerful together?  We will just have to see.

Not My Sister, Not My Responsibility

Who else teared up as the conflicts between the Blakes worsened?  This was a perfect opportunity for Bellamy and Octavia to settle their differences and resolve.  However, what we want and what we get are two very different things.

In Bellamy’s defense, this was something that he had to do.  Not just for his own safety, and the others, but for Octavia’s as well.

Octavia must work on herself, find the core of her conscience, and find a way to salvage her once close relationship with Bellamy.  This type of friction isn’t healthy and will only grow deeper if not consoled. While Bellamy is finally taking a stand to his sister’s toxic mentality, it’s also killing him. He wants so badly to replenish the positive angle in their relationship, but he also knows that Octavia cannot kill without reason.  Leaving her outside the transport ship to fend on her own was the hardest choice that he had to make.  With this choice, Bellamy hopes that Octavia has come to a resolution, opening her eyes to what she has done to him and coming to terms about it.

Octavia is a grown woman, fully capable of making her own decisions without approved validation from anyone.  And that includes Bellamy’s.  It’s the final blow as Bellamy waives all responsibility for her, something that she took advantage of because his love was undeniable.

Shifting into Octavia’s point of view, she’s like a fragile butterfly.  Despite her hard-as-nails persona and even sharper wit, there is a soft girl deep inside and vulnerable.  When she developed the role of Blodreina, subjected to actions that both saved and torn Wonkru, Octavia grew a thirst for tyrannical power.  When people followed her orders, the feelings of worship and perseverance took over her spirit.  Yet, the mask placed a shield against the past, traumatic events which hardened the meekness.

There is no doubt that Octavia was fearful of leadership responsibilities at first, but she quickly got used to them as they fed her growing ego.  The fear became valiance, transforming her into one of the most dynamic heroes/villains on The 100. 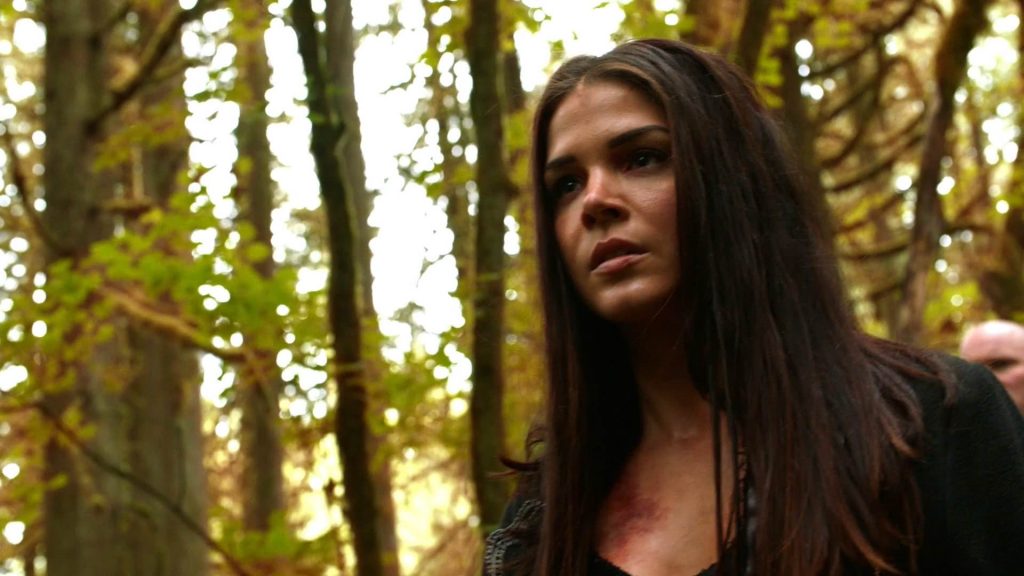 As a result of her ego, Octavia lost everything: Wonkru, the trust of Indra, her reign, and most important of all, her brother.  His forgiveness will be her largest challenge to come; she’ll either win or lose.

While we don’t know for sure if the Children of Gabriel were really withdrawing as it could’ve have been a ploy or a distraction to break Skaikru’s guard down to steal their weapons, Octavia should have stayed put.  She just made the situation worse, or probably just saved them all.

There Is A First Time For Everything

The Children of Gabriel opened a lot of ‘firsts’ for everyone.  Some were sweet; one was a religious awakening; another was a dog; a few were heartbreaking.  All were portrayals of character monuments.  Let’s start off with Jordan.  He got his first kiss with Delilah, of whom is a cutie, but doomed to be the next participant in the “Naming Ceremony.”   The name alone is enough to give you goosebumps.  She will become a “Prime” or Nightblood, or host. If it’s is what I am thinking, her body may become the home of a dead Sanctum resident.  Ummm, bring on the creepy factor!

And how dare that COG warrior abducts Delilah!  Just when Jordan was about to get into play!  Hmmph!  Talk about blowing your chances! 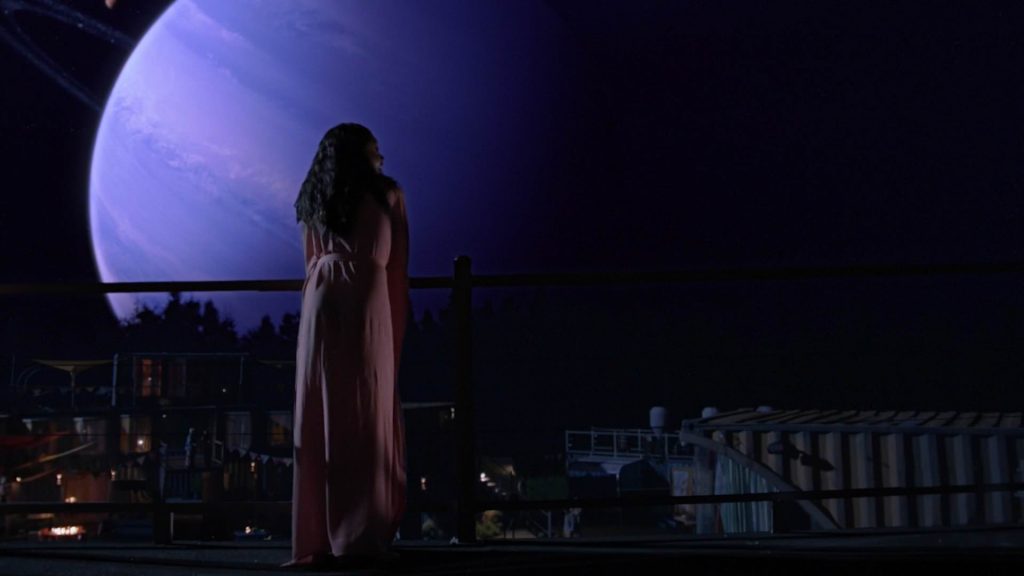 Murphy’s first was not as nice as Jordan’s kiss, but it was a great breakthrough for him.  When he was gone, he entered the world of hell, being thrust into the scalding flames.  The revelation made him wonder if what he had done in his life denied him access to the Golden Gates.  Many characters have no innocence when it came to survival—things that will haunt them forever.

John Murphy may have ceased his acts of total selfishness, but did they cost him his soul?  After experiencing such a trip, he might just try to be the “good guy” and saving his soul from demon domination.  This just may be the new and improved Murphy.

Picasso the Golden Retriever stole the show and I am quite happy about this.  More dogs please! We then got our first peek of Sheidheda-or the Dark Commander through Madi’s focus session with Gaia.  Why he is tormenting this young Heda though?  What can he infest her mind with?  So many questions about this!

Just who are the Children of Gabriel and how did they break off from the Primes?  Are they a creation of Dr. Gabriel Santiago, who most likely torn away from Russell Lightborne I after going crazy from the Eclipse?

The only two theories that I have about them is that Russell Lightborne the VII is completely lying about them and they’re not the bad ones.  The second is that due to the cruel treatments that were encountered in Sanctum, they broke off voluntarily, vowed revenge, and would kill anyone who was associated with them.

Since Octavia and Diyoza are left behind, what relationships or troubles will they have with this barren group?  Will they team up against them and stop their ideals?  Or will there be a joining, teaming up together to stop Russell and save everyone?

That would be kind of awesome though.

What did you think of The Children of Gabriel?  About the Blakes?  Clarke’s dress?  Murphy’s epiphany?

The 100 The Face Behind The Mirror Promos