Tonight is the night of the backdoor pilot, Anaconda!  We will be told the dark bedtime story of the first nuclear apocalypse along with getting many questions answered about life before The 100.  Plus, history lessons and old favorites loom.

In the previous episode, The Queen’s Gambit, Cadogan rose from his preservation coffin so he can witness the last war.  It was a nice reintroduction, as he was in the mists since season four.  While his past purpose was the leader of the Second Dawn doomsday cult and family man, his new role is that of a Shepard and probably last war general.

But, he may turn out to be a good guy. 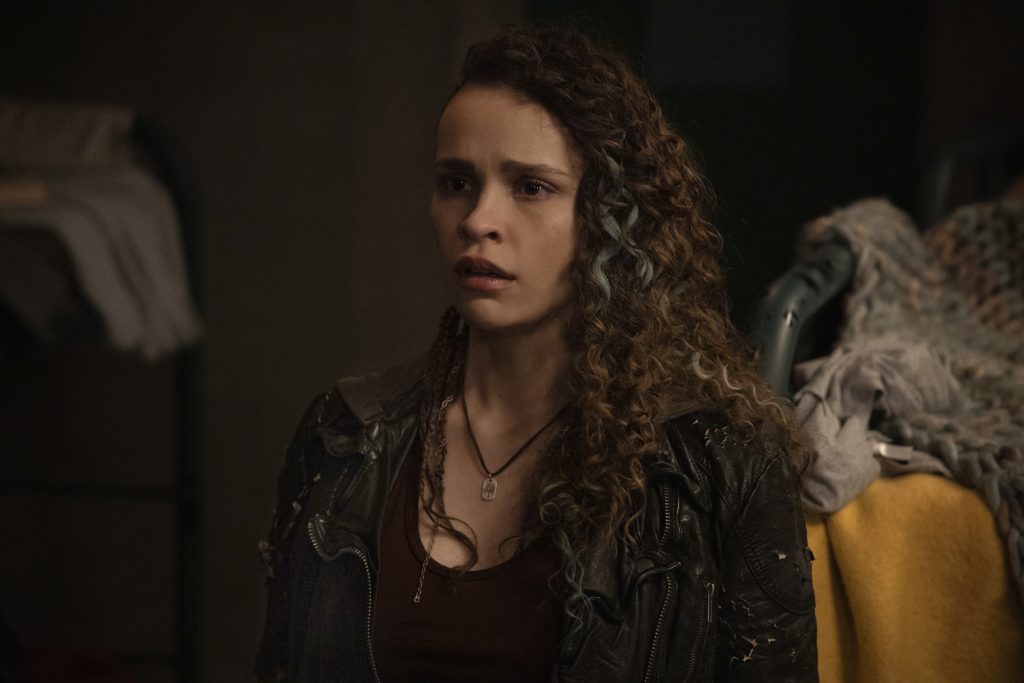 The first nuclear war and its history will be explored, with the long-awaited Grounder legacy.  The latter has been a compound for every season and each fragment of their culture is intriguing.  From the war paint to the clothes, to their faith, they are a huge part of Second Dawn.

Then, we get a pretty cool new protagonist, Callie Cadogan, of whom will be a key figure in the pilot.  She drops out of a prestigious university to become involved in peaceful protesting and like many teens, she is a bit of a rebel.

Here are three sneak peeks (Warning! They’re spoiler-y!) and the Inside look of Anaconda.

Callie and her dad have somewhat of a disagreement, and I am siding with her.

Where did I hear this before?  Oh, yes.  When Clarke took over the bunker and left Octavia outside with Wonkru.  History being born and history being repeated.

The end is dangerously near as Callie and her mother received some life-changing news.

Get a detailed look at the prequel as well as being introduced to new characters.

Will you be joining us for this story tonight?

The 100 The Queen’s Gambit Recap-Review