Things and peeps are about to get the ultimate burn in Red Sun Rising, the second chapter of The 100 season 6.  Conceived and written by writer Jeff Vlaming, the episode takes on an alien life form for Clarke and kru, hostage hold-ups on the ship, and emotional breakdowns.  Red Sun Rising is the perfect twist to its predecessor, Sanctum as it unfolds unconventional storytelling, heading into darker territory. 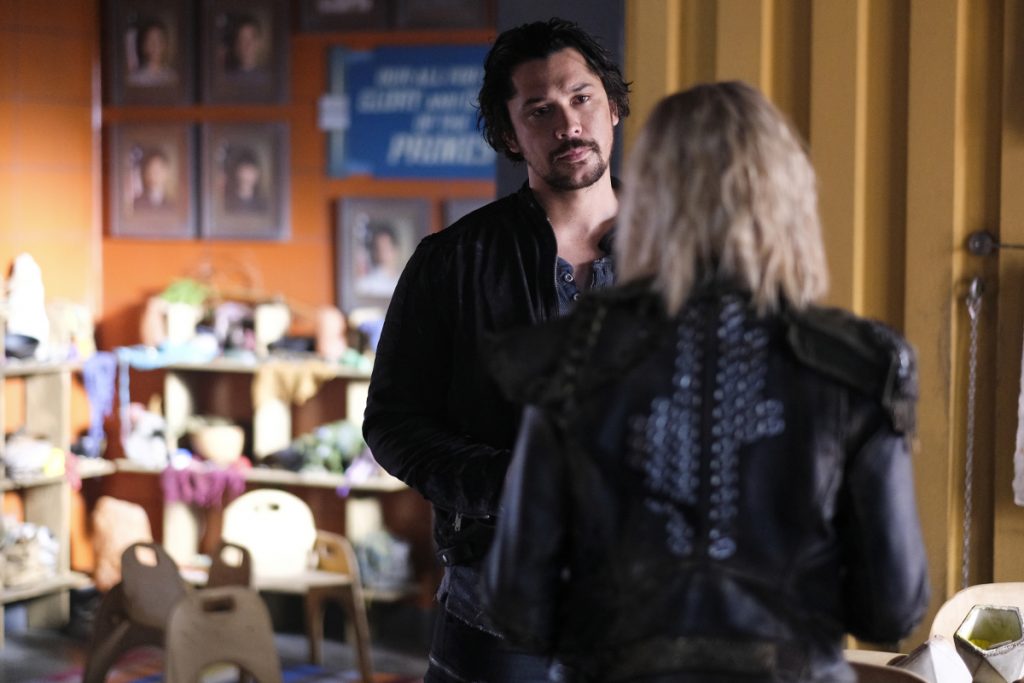 While I did find Red Sun Rising a bit hard to screen and to absorb, it certainly didn’t eliminate The 100‘s algorithm and morals.  Clarke, Bellamy, Echo, Murphy, and the rest of the Alpha Squad are heavily possessed by the Eclipse Psychosis, while the Ship Squad are encountering issues (both past and present) of their own.

As we get pulled more into the Eclipse, we learn more of what it is and how it can impact and impair the characters in such a mindset, that it probes such questions like, “How the hell are they going to recover and get past this?” Or “When the next event occurs, how will people prevent getting succumbed and powered by it?”

There are going to be a few narrative dilemmas that will naturally project these questions, and while I cannot offer the scenes to watch out for, the audience will quickly pick up the cues.

And then, there is a surprise new-direction ending that really illuminated and just made the Psychosis seem irrelevant.

On the Mothership, Octavia is still very much absorbed that what she had done was the right thing, and she doesn’t blink an eye when Abby shares her feelings and insight about her abhorrence.  Yet, because of Octavia not allowing herself to confront and forgive herself as it’s clear that she is lost morally, there’ll be harsh consequences.

Whether Octavia will pull herself out of her personal hell. will continue to be a topic of discussion past Red Sun Rising.  For one thing, it will be a difficult journey for the former Red Queen, but on the opposite side of the coin, characters, especially Bellamy, coming forward to address her actions, will be a point of interest.

Last but not least, there is a very cool dynamic between three strong women.

The 100 Red Sun Rising airs tonight on the CW!

The 100 Inside Red Sun Rising

The 100 The Children of Gabriel Promotions