If you thought that the first trailer The 100 season 6 had you reeling and got you pumped, then you are about to get spooked with the second trailer.   Yep, the second trailer has been released earlier today, offering plenty of scare tactics and the penetrating darkness of the new planet.  Everyone has the Eclipse effect; to witness it in raw and fearful instances makes the season seem that much more promising.  And makes me a bit afraid but in a good way.

The new and breathless trailer focuses in on the nightmarish possession that Sanctum inhabits.  In an interesting twist, the trailer follows the children’s book, Red Sun Rising.  Clarke narrates, her voice grows to alarming calmness as the characters endure the harsh and violent psychosis.  No one is deemed safe from the stars, and to say that a couple of my favorites getting rather physically entangled (and not the way that I hoped), sends a chill through my bones. 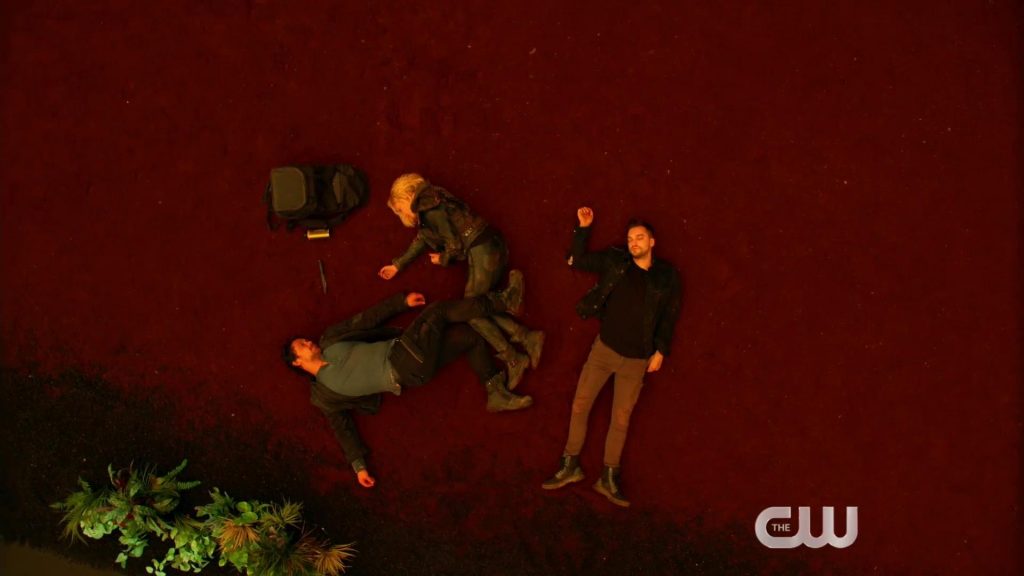 While there were scenes from the first trailer, there was more ground and narrative to cover.  One of the new clips features Clarke sitting down at an elegant dinner party and showing off in a fab new gown.  Right away, I picked up the connecting parallel of season two, when Clarke dines at Mt. Weather.

I still have my major concerns about Russell and his peaceful title. His robed frame, sinister appearance, and gait make him all the more foreboding and terrifying.  And, he just rubs me the wrong way.  But, maybe I am wrong.  Yet, Clarke is not afraid of him, so maybe that we shouldn’t be either? 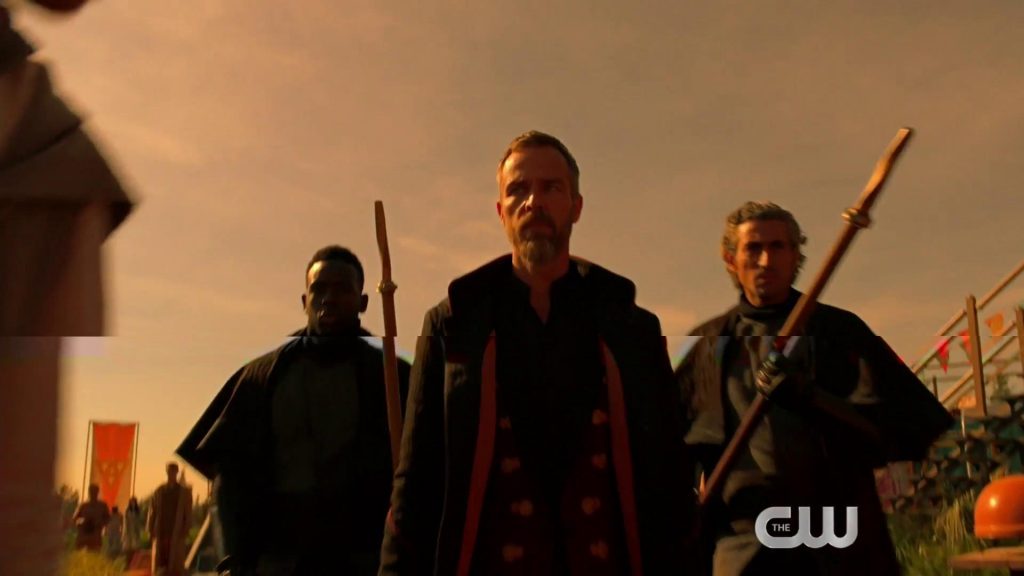 I mean, just look at the dude.  You can’t convince me that he is trying to make things better.

Anyways, there were definitely some spooks and silent screams throughout, but when hasn’t The 100 not deliver them?  That is part of its essence, as wells as providing some enlightening content.  There wasn’t much in the piece, but they were present if you looked carefully.

What are you most excited for or, to put it more appropriately, scared for the new season?  Whose demons are the strongest?  Whose is the weakest?

The 100 Season 6 Premiere Photos Have Launched