The 100 The Warriors Will Recap-Review

The 100 The Warriors Will provided us an incredible inside glimpse of addictions.  Not only do we see how the affected the addict, but those closest and around them.  Plus, a relationship so severed that it may not be repairable.  Ah! My little heart.  Anyways, here is the review for The 100 The Warriors Will.  *I apologize for its tardiness.*

The 100 The Warriors Will Recap-Review

The Warriors Will presented itself as a mirror of battling addictions-in both the literal and figuratively connotations.  Each character was a warrior in their own right as they fought for the life they held on to, as well as trying to restore themselves.  For some, they’re so deep into their addictions that it would be impossible to find their sobriety.  On The 100, hope is right around the corner, and that is the one essence that no one gives up on.  There is hope that those who fallen so deep will find their true selves once again. 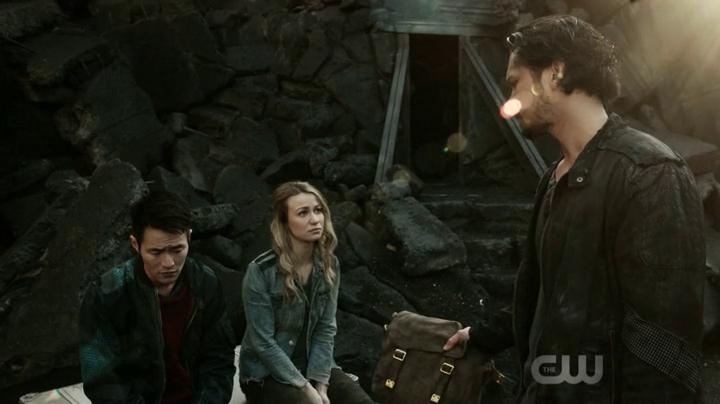 Written by Julie and Shawna Benson, directed by Henry Ian Cusick, The Warriors Will (The Other Side) was more than just a moral battlefield; it shed light on the love of a sibling bond, and parental challenges.  We often take these perceptions for granted, but when they are laid out on the table, we get a clear view of just how important they are.  The people who one(s) head-butt the most are the ones we have the strongest connection with.  The episode zoomed in on that outlook phenomenally and elaborated on just how important and precious the people are in their lives.

A warrior is always fighting for something-whether if it is for someone or to have their own, personal demons dead.

Marie Avgeropoulos deserves an Emmy for her raw and shadowing portrayal of Octavia in The Warriors Will.  While most of her arc this season has been conveyed as evil and harrowing, she shown a reflection of who she used to be.  That smiling, carefree child with nothing to own but the profound devotion and love for her older brother, Bellamy.

Octavia’s addiction to power and grasping on to it is not only destroying herself, but it is also destroying those who love her.  Tensions between her and Bellamy are potent with Octavia struggling to decide whether to throw him in the Pit.  Deep down, she does not favor it, but she is still willing to keep on the mask for the sake of loyalty. 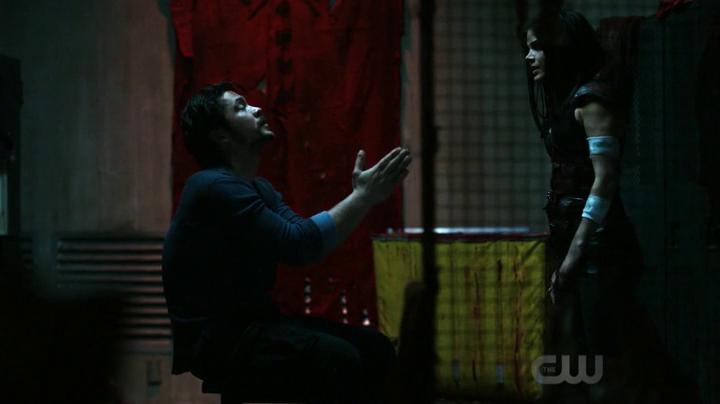 To greater emphasize Octavia’s villainism to herself, Cusick used a cinematic focus of Octavia glancing at herself in the shattered mirror.  Adding to that effect, she takes one of the broken pieces to cut herself and adorns her own blood as her warpaint. Prior, she used the blood of her past enemies, but now she became her own enemy.  It’s a remarkable, yet heart-wrenching look on how one can become webbed in their traumas, grief, and anger, to become the very thing that we are terrified of becoming.  Octavia also passes on the gesture of forgiveness, which accumulated to her dark role of Blodreina.  Had she forgiven those who have harmed her (attempted murder is a little hard), then perhaps she would not endure such personal turmoil.  Just like the mirror, Octavia is shattered. 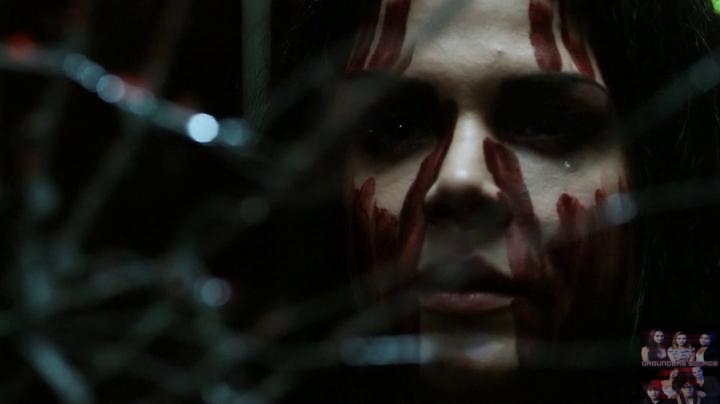 While still on the topic of blood, Octavia shares a story from her childhood whilst visiting Bellamy in his cell prior to the fight.  A pair of siblings playing a fun, innocent game together, up until Octavia cuts her lip.  Afraid that she was to be discovered, Bellamy cuts his own arm to cover the blood.  If that is not a sincere love and commitment to his baby sister, then I don’t know what is.  He had done it to save her, just like he did with the algae sedation.

Bellamy is the only hope and link to Octavia’s saving.  While his earlier attempts have been futile, he is still invincible to turn her over.

“You can’t save someone who is already dead.”

The fight itself between three key characters was built up mainly to produce the fear reaction.  I for one was not anticipating the fight as it may have meant losing one of ours.  Fortunately, the fight was minimal; Bellamy maneuvered some great Azgeda fighting skills, while Indra crafted the sword.

The most pivotal moment of the whole fight sequence was Gaia striving to spear Octavia-by who was missed.  For one breath-holding moment, I was afraid that Octavia was going to spear her back.  Instead, she tosses the spear back into the pit and rebukes,

As I said, the fight was minimal.  Monty and Harper emerge into the Pit, and resourceful Monty presents a pot of blooming apple blossoms.  He had revived the hydra farm, witnessed by Octavia herself.  Feeling that they (Wonkru) have deceived, they dispersed from their loyalty.  Not wanting to eliminate the choice of staying in the bunker or her cultivated reign, Octavia slips out to the farm.  If there was any hope for redemption for her, it was doused as she set the farm aflame. 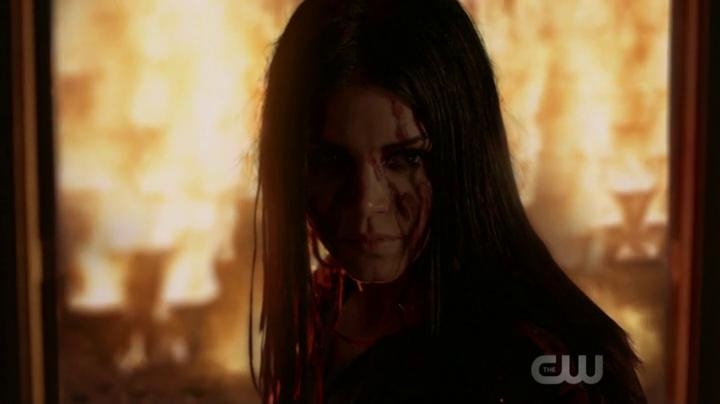 It is a striking and shocking conception, and now the only choice is to follow Octavia to Shallow Valley for her ‘precious war.’  On the plus side, Bellamy, Monty, and Harper will be reunited with their family, and I can imagine just how heartwarming that will be.

Hundreds of Wonkru members marching all under Octavia’s wing, but will most likely follow the new Commander, Madi when they arrive.

Just how Octavia will handle Madi as she now feels threatened is remained to be seen.

The Burning Of The Flame

The farm fire was not the only fire blazing in The Warriors Will.  Madi, now the new and last Commander, has been emotionally subjected to the memories of past Commanders.  More specifically, the memory of Becca Pramheda.  She is crying out as she’s being burnt at the stake.  Her cries and pleas go cold as Becca tries to promise help.

The most common sense solution to stop the terrors is to remove the Chip. But when are teenagers have any degree of common sense?  Madi puts up a tantrum as she and Clarke get into an argument about removing it.  This was before the nightmare occurred and dealing with the ill side-effects. 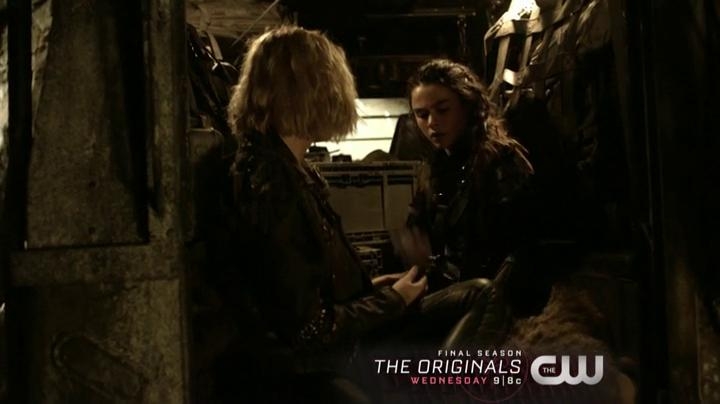 Madi wanting to hold on to the Flame to save three people she just met speaks volumes on her nature.  With this revelation, she could be the Commander that everyone needs.  If Clarke will permit it of course.

It was decided that Chip should not be destroyed; it had the last connection of Lexa-something that Clarke wants to hold on to.  Thankfully, the memories of Lexa are only those of her leadership.  I mean, why expose a young girl to mature material?

In an impressive plot twist, Madi kills one of McCreary’s men to protect Clarke from harm’s way.  Clarke, who has been Mama Bear all season witnessed her daughter make a significant kill; that has been Clarke’s deal up until now.  My, Madi has grown up so much!

Clarke’s secondary purpose of going to the Valley with her child is to reunite with Abby.  The first meeting of Grandma Griffin is not a happy one.  She has overdosed on the pills and Clarke is frantically trying to wake her.  I just hope that Clarke and Madi will be the keys to Abby’s sobriety.  Really hoping here.

The Arbitrary Of Addiction

Abby’s fight with addiction has been portraited as a very visible dysfunction.  At the beginning of The Warriors Will, she struggles with McCreary who only feeds her need by manipulation.  She doesn’t save him, but how can you save a man like McCreary?  It somehow becomes a competition of one illness against the other’s, a dangerous ploy that is sometimes used by addicts and the ill.  I know, it sounds so contrived and unethical, but many addicts lose ethics as they eventually lose themselves.  It is a horrible and devastating way to live. 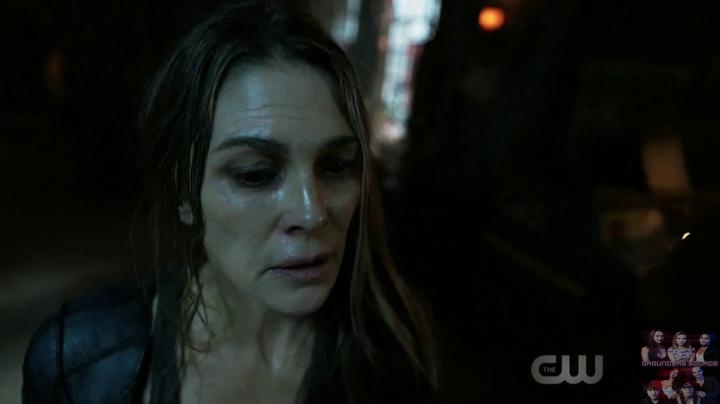 There is an addict of the “vampire/cannibal” kind.  Vinson, of whom who have been on his “best behavior” thus far, has finally revealed what he has been imprisoned for.  Just like a blink of an eye, Vinson went from being a nice guy to biting the necks of fellow prisoners.  While it was mostly grotesque and vampirically creepy, I thought intersecting the two addicts was interesting.

Abby will receive her payment Vinson for treatment in pills, for she is already in withdrawal and he in return will help her live as well as probably providing intel on Kane.  It is a rather dirty trade-off though; it just will bring out the addicts’ worse intentions and get iller.  If Abby is suffering through a dangerous withdrawal, her best hope is to wean off as there is no detoxification system. Just quitting cold-turkey can lead to the life-threatening side effects as Abby mentioned.

I feel truly sorry for Abby as this is not the vibrant, survivalist that I know that she is, or at least was.  With Clarke and Madi arriving in Shallow Valley, maybe just the two of them in her presence will be enough for her to kick her habit. 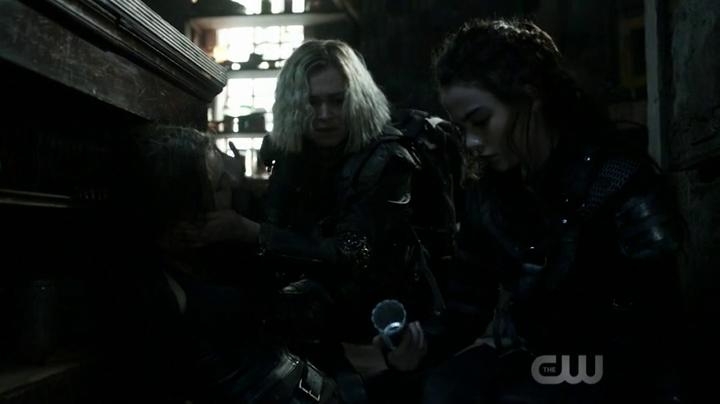 The Warriors Will was another fast-paced piece but offered insight and emotion on the plots given.  As much as I loath Octavia’s abhorrent treatment of Bellamy, I did love their “closeness”.  Additionally, Cusick’s sophomore job on directing 510 was magical, phenomenal, and surreal.  He made us care about each of the characters, regardless of their intent and being.

Coming up next on The 100: The Dark Year.  Finally, we are to see what really went down in that tumultuous time.

The 100 The Dark Year Official Trailer And Photos

The 100 The Dark Year Sneak Peeks And Inside The Episode