In seven days, a mere week–The 100 will air its fifth season premiere of Eden.  Yes, I know it has been a very long wait, eleven months to be exact since Praimfaya, but that wait is nearly over and we will be absorbed in a new expedition of our characters and dynamic narratives.  I have held off on spoilers-and unfortunately, you will not find any major ones here.  I am going to try to keep the preview spoiler-free as much as possible.  Yet, I will keep it exciting and edgy in preparation for the upcoming season.  There are vague spoilers below, so if you do not want to continue, please feel free to disembark. 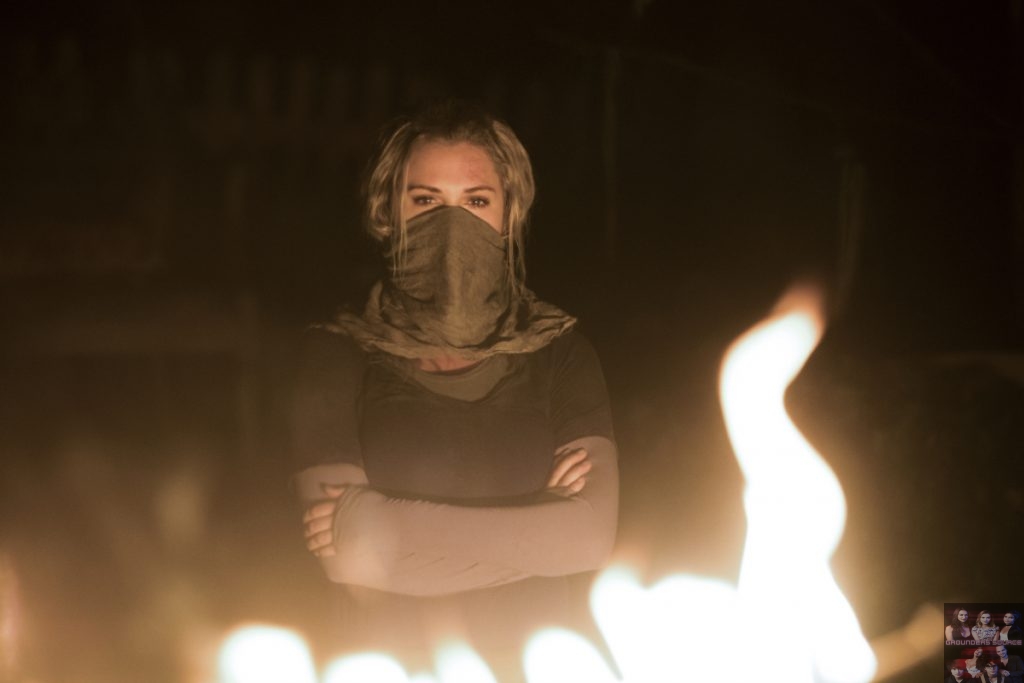 If you are one of the lucky few who got the screeners to preview, then you and I have mutual feelings.  Season five is one of the best yet-The 100-always known for pushing the ledge has somehow been reborn and refreshed itself.  If you put it in the show’s perspective, it makes sense.  Of course, some elements in the first four episodes that truly feel like the show-biting, heart-pounding and self-worth questioning.  And there are the softer, lighter elements.

The first fifteen minutes of Eden was shown at the beginning of the WonderCon 2018 panel-Clarke is fighting to survive, about to give up, but then is fueled with new hope.   Yet, the real light of Eden is the newcomer, Lola Flanery, who plays the ‘spunky’ Madi.  She is going to be at Clarke’s side and to say that Clarke is a protective mother, is very much an understatement.  I don’t want to give away too much, but there will be moments where this will be greatly emphasized in the episode.  And by the way, where are those awards for Taylor and Flanery?  Their talent is so surreal and raw in Eden that will make the viewer hard to believe that they’re acting.

We will also be meeting the new Eligius prisoners face-to-face.  Charmaine, the woman general is fierce, but the thing about her is that she is human as well as the other prisoners.  Despite the choices that have done, even though they’re immoral and make The 100 look like saints, they have that fire in them to fight for their own survival.   Sounds pretty familiar, right?  Although Chaine comes across as cold and calculated (and she is) she has a lot to connect with Clarke and Octavia.  In fact, these three females will be the denominators throughout season 5,

And let’s not forget about Spacekru-who had quite the interesting time up in the ARK.  There will be couples no more and people who will bond.  Bellamy-who has always been in-and-out of rationalism in the show’s 4-year course, will be more stoic and very “head-on” when it comes to leadership.  Fathoming that Clarke has passed on (her gift of sacrifice of saving her people), Bellamy will take her “using his head” advice seriously.  He has come up with tentative ways to keep things running smoothly and with minimal errors.  This Bellamy version is one that I am very excited about.  He is still Bellamy, but with a more matured and ingenious character.  My heart and brain are not ready for this! 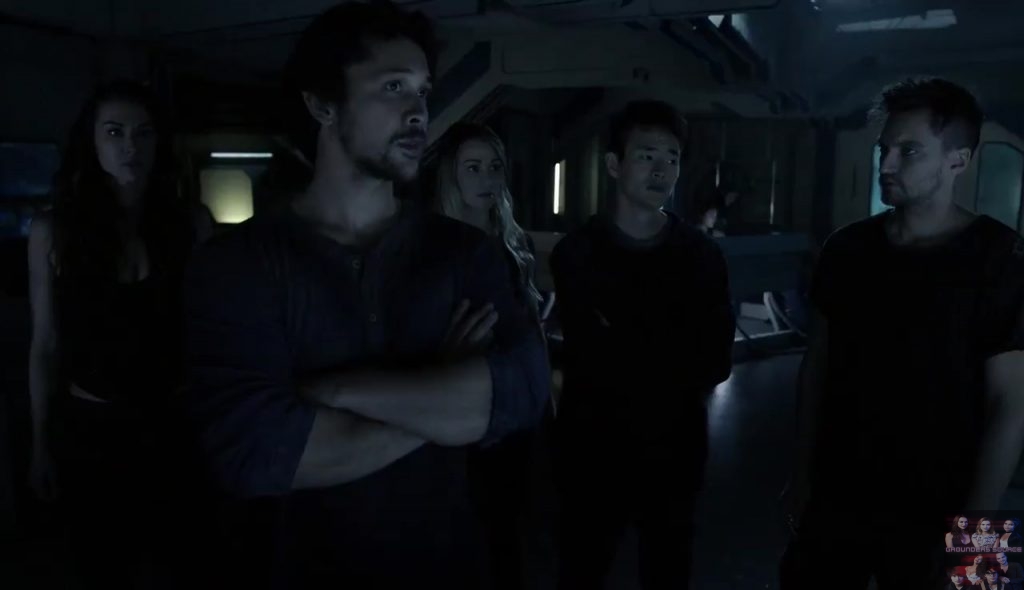 Also, Emori has gotten some pretty bad-ass scenes, along with Echo.  It seems like space has done them well!  In a narrative point-of-view.

Octavia will probably encompass one of the most dynamic character arcs and evolution this season and it is no shock.  Her ways of surviving and keeping order with the Bunker Kru is an effect of her grief and trauma after losing Lincoln in season three.  And she will seek advice from her least favorite person to help resolve the conflicts.   I think that season five Octavia is similar to season one Bellamy, but as they’re both different characters, it is not the same.

I have many favorite scenes in the four screeners, but I think my most favorite has to be in 503.

Abby and Kane will have the exciting narrative, but it will sadden us a bit.  Oh, let them be happy for once.

As for the other characters, you just have to wait and see!

The 100 season 5 will air April 24th on the CW.  Come back for my recaps for the show during the block.

Promotional Photos From The 100 Season 5 Premiere