The 100 Cast Talks ‘Safe Sex’ In A Post-Apocalyptic World

At Comic Con earlier this year, Bob Morley (Bellamy Blake), Lindsey Morgan (Raven Reyes), and Ricky Whittle (Lincoln the Grounder) all sat down to speak about ‘positive sex‘ in a post-catastrophic earth.  Watch and listen to what they have to say! TV Guide Yacht at San Diego Comic Con!  Video is below the cut!

If there is any more reason to get excited for the upcoming season three, here is another to add to the fire.  Over the weekend and at Comic Con 2015, it has been announced via Twitter that three actors landed recurring roles of Grounders and Guard.  Yeah, pretty exciting stuff!  I shall now begin the introductions.

Michael Beach will portray ARK Guard, Pike, who believes in a staunch, tight , and regiment order.  He sets the highest bar when it comes to being the Guard, and along with that comes the charisma.  He is sure to bring lots of new drama to the chaotic pool. 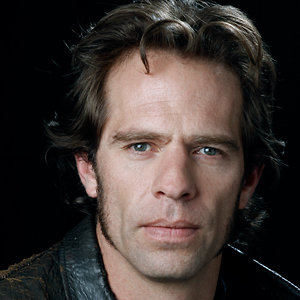 Neil Sandilands will play the role of Grounder Titus, who is a reflection of the ‘Ye Old Guard.’  Nothing will obstacle his way to protect and preserve the existence of his people, and to seal his own fate.  This sounds all too familiar, but in a good way.

‘Black Sails’ actor, Zach McGowan will be alongside Clarke Griffin (Eliza Taylor) as the rogue Grounder, Roan, who is manipulative and will not stop at nothing until he fulfills his wants.  Is this a possibility for a new ship?  ‘Roarke?’ Oops, I said too much!

There you have it! Welcome to The 100 family boys!  One piece of advice: Do not kill anyone, and do not die!

I have uploaded over one hundred photos in The Grounders Source Gallery under Events.  More photos of different categories will be added through out the week.  If you have fan photos from The 100 Charity Project Meet and Greet event or any encounter that you’d like to share and be added to the gallery, please send an email with the subject, “Fan Photos” along with your name to grounderspodcast@gmail.com.

To go directly to the gallery, please click on the photos.

New Stuff To Come In The Upcoming Days!

I have been working on the new site for DAYS, and I am proud to say that the general completion is near!  There will be some tweaks and turns, but for the most part, everything is in proper order.  During the next few days, there will be some great stuff!  Here is a bullet list of the things that will come.

Do not forget to enter #The100Writingcontest that will end on September 30th.  I extended the date for the upgrading of the site, and you can send the entries in at the100writingcontest@gmail.com.

I think this is it for now, so until we meet again!