Grounders Source is pleased with the news that The 100 has grabbed a nomination in the Teen Choice Awards for Choice Sci-Fi/Fantasy TV Show!  This will be the second nomination for the series.  The first one was in 2015. 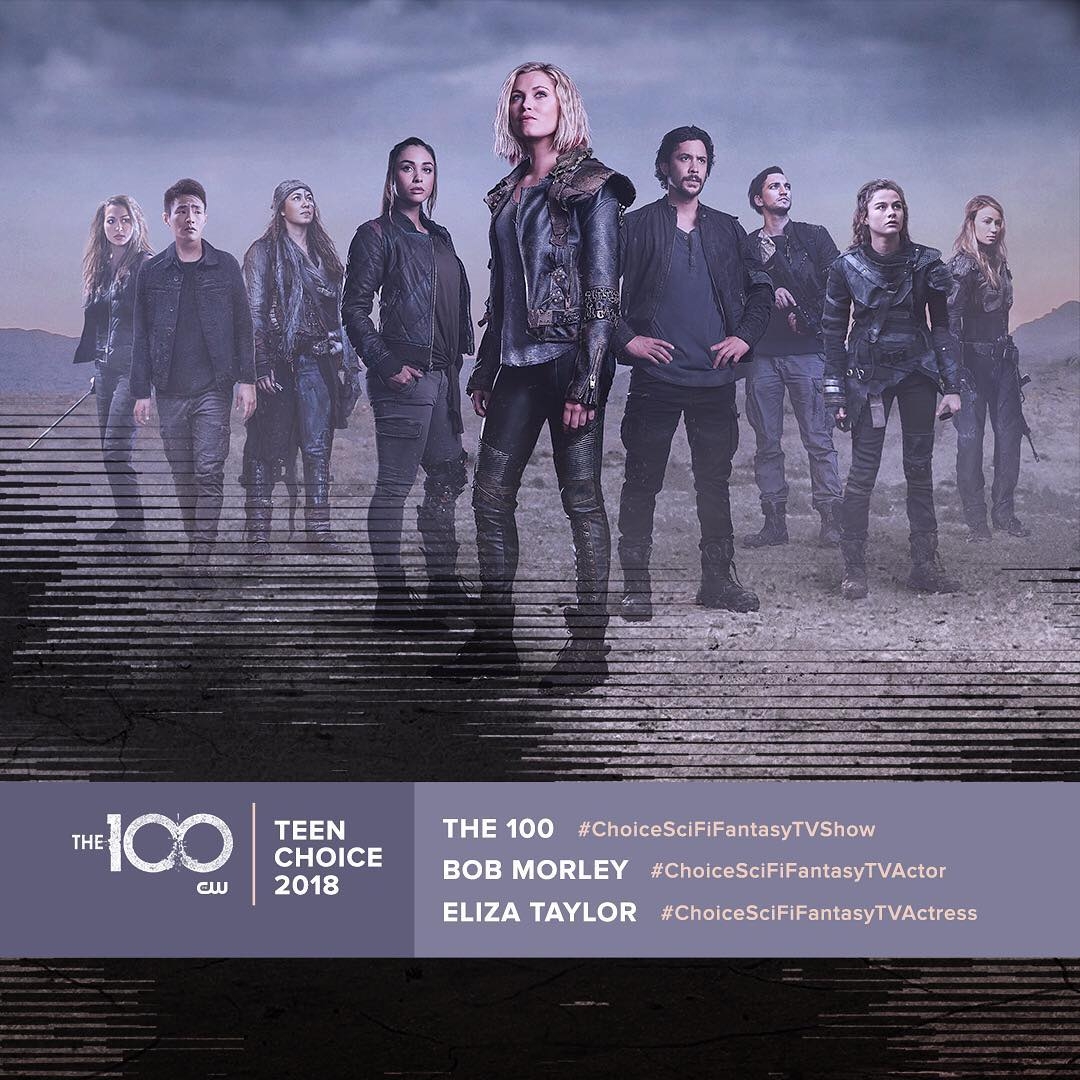 What can you do to help so that all three can win the coveted surfboards?  You have to vote of course!  To cast a vote, simply go to https://teenchoice.votenow.tv/, log in with your email, and select the desired category for the desired nominee.  You can vote up to ten times a day for each one.  You can also vote on Twitter by using the hashtags #ChoiceSciFiFantasyTVShow along with #The100, #ChoiceSciFIFantasyTVActor with Bob’s name or handle (@WildPipM) and #ChoiceScifiFantasyTVActress with Eliza’s name or handle (@MisElizaJane).

The other sci-fi shows nominated are:

The 2018 Teen Choice Awards will be a live event and will air August 12th on the Fox Network.  The 100 is currently airing season five on Tuesday nights on the CW.

The 100 How We Get To Peace Official Synopsis