Kyra Zagorsky To Join The Cast In The 100 Season 5

Arrow and Helix actress, Kyra Zagorsky has been added to the cast ensemble for The 100 season 5.  Zagorsky will have a recurring role as one of the Bunker Kru.

Kyra Zagorsky will star as the character, Kira Cooper, and will be first shown in the second episode, The Red Queen.  She will be in the faction of Bunker Kru, and maybe be Octavia’s support system.   In fact, Kira can be seen in the four-minute trailer as the dark-haired girl in the MMA ring. 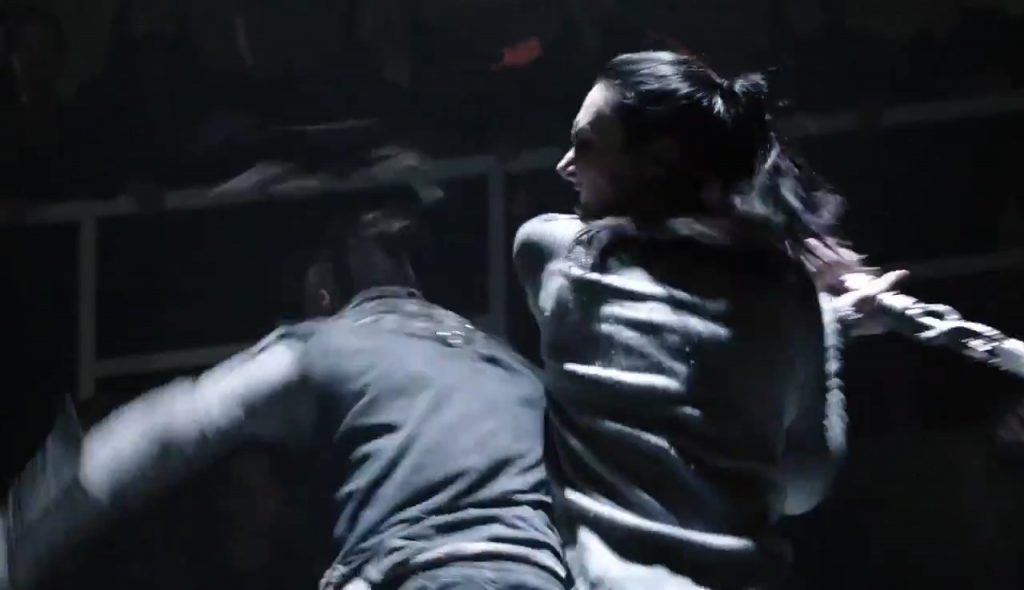 Judging by this alone, we can tell right off that Kira will be a fierce and domineering female character and an important asset to the fifth season narrative.  Other than that, not much else is given to the character as The 100 is locked-lipped when it comes to spoilers.

Kira is also present on the official season 5 poster with the Bunker Kru-on the far right.

We are looking forward to meeting Kira Cooper and what she will bring to the show.