It was devastating and disappointing to learn that The 100 will not have a panel this year as season 5 would be still airing.  On Wednesday night, July 18th, there will be a special airing of The Dark Year, which is the July 24th episode.  However, The 100 will still be a part of Comic Con 2018!  The fandom can take that collective sigh of relief.

Bob Morley and Eliza Taylor will be exclusive guests to the annual TV Guide Fan Favorites Panel on Saturday, July 21st.  They will be discussing The 100 along with answering questions from the audience.

TV Guide returns to San Diego Comic-Con with their annual TV Guide Magazine Fan Favorites panel on Saturday, July 21 at 5PM in the Indigo Ballroom. Fans of several series that are sitting out the convention – namely Lucifer, Gotham, and iZombie – have something to get excited, as cast from those series will be appearing on the panel. 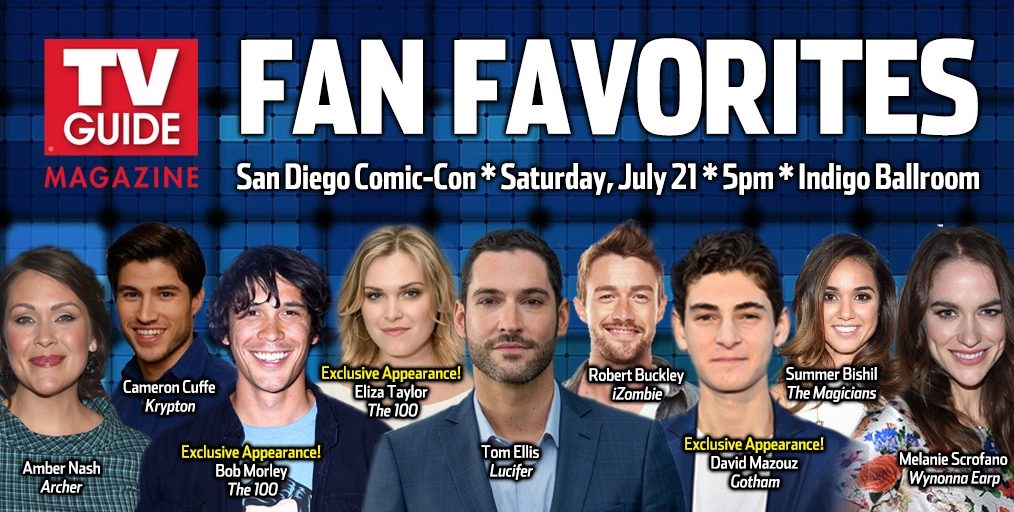 Spoilers are probably going to be strewn about, given to the fact that The Dark Year (July 24th episode) will have a special screening Wednesday, July 18th and what will be given at the panel.

Final Ratings For The 100 How We Get To Peace

The 100 Bellamy Blake: Man Of Reason